Taiwan dismayed as another Pacific nation switches to Beijing 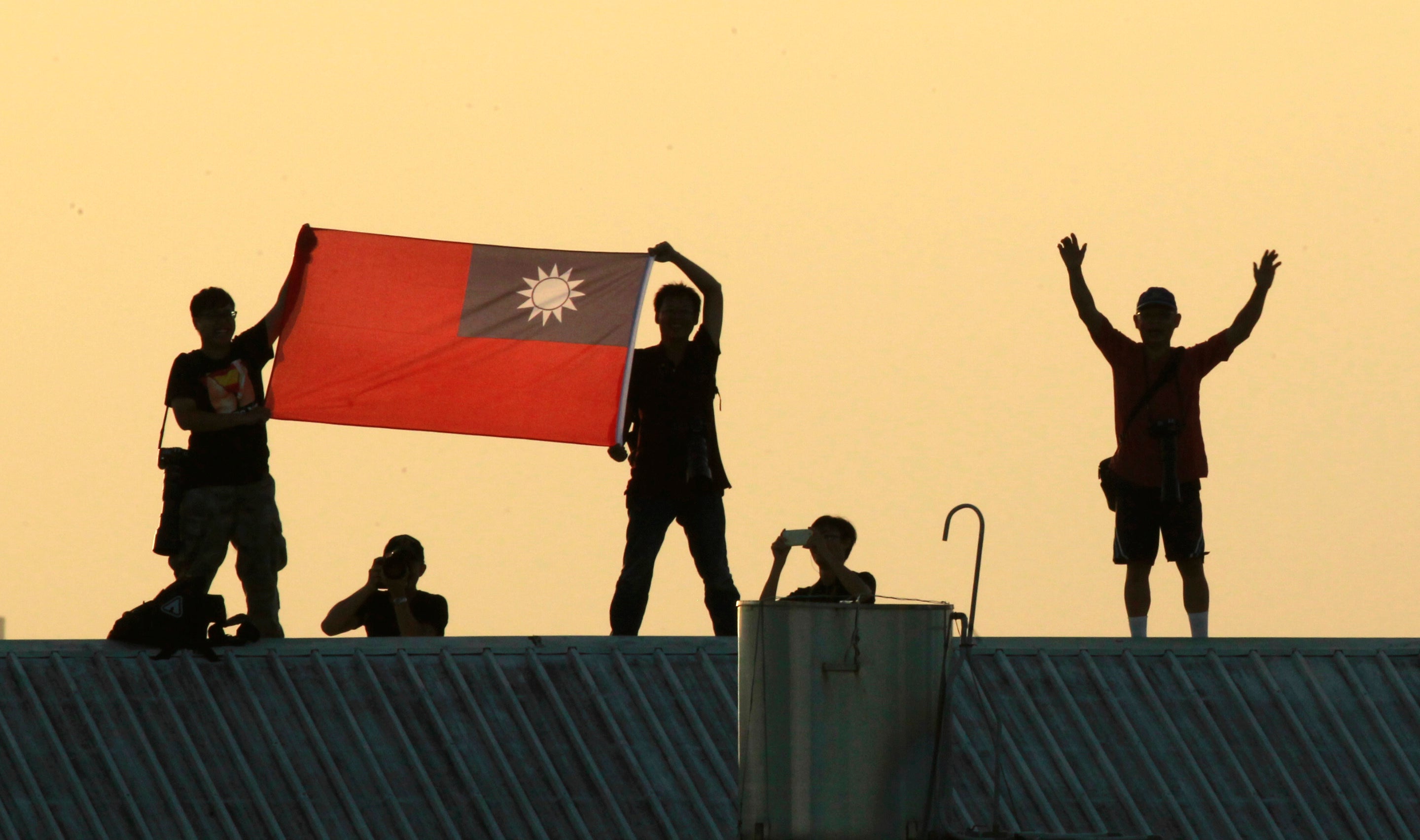 FILE – In this Sept. 14, 2014, file photo, locals on a warehouse rooftop display the national flag while watching Taiwan fighter jets practice during military exercises in Chiayi, central Taiwan. The Pacific island nation of Kiribati severed ties with Taiwan on Friday, Sept. 20. 2019, the second such loss for diplomatically isolated Taiwan in less than a week. (AP Photo/Wally Santana, File)

TAIPEI, Taiwan — Taiwan lashed out at China on Friday after the tiny island nation of Kiribati switched its recognition to Beijing, the second diplomatic defection in the strategically important Pacific in less than a week.

The move is another coup for Beijing just weeks before it celebrates the 70th anniversary of the founding of the People’s Republic of China.

It comes just four days after the Solomon Islands made the same decision, and leaves Taiwan more isolated than ever with just 15 states left that recognize it.

At a hastily arranged press conference on Friday, Taiwan’s foreign minister Joseph Wu announced Taipei would immediately withdraw its diplomats and expected Kiribati to do the same.

He said Beijing had “seduced Kiribati to change its diplomatic ties” with promises of investment and aid.

“The President of Kiribati Taneti Mamau and certain people in his party have fantasies about China,” Wu added.

Taiwan has been a de facto sovereign nation since the end of a civil war in 1949, but China still views the island as its territory and has vowed to seize it — by force if necessary.

Over the decades, as China’s economic and military power has grown, most countries, including the United States and most Western nations, have switched recognition to Beijing.

In the last decade, only a handful have remained loyal to Taiwan, largely impoverished countries in Latin America and the Pacific. The only European state to still recognize Taiwan is the Vatican.

But Beijing stepped up its campaign to diplomatically isolate Taiwan after the 2016 election of President Tsai Ing-wen because she hails from a party that refuses to recognize the idea that the island is part of “one China.”

It has also ramped up military drills and squeezed the island economically.

Seven states have now switched to Beijing during Tsai’s tenure.

The small African nation of Sao Tome and Principe was the first to fall in late 2016, followed by Burkina Faso and then three Latin American nations: Panama, El Salvador and the Dominican Republic.

Then on Monday came the Solomons, which had been deciding for months whether to make the move following the April election of Prime Minister Manasseh Sogavare.

Taiwan heads to the polls in January, with Tsai seeking a second term and relations with China dominating the campaign.

Tsai has described January’s election as a “fight for freedom and democracy,” setting herself up as someone who can defend Taiwan from an increasingly assertive Beijing.

Her main challenger Han Kuo-yu, from the opposition Kuomintang party, favors rebooting the relationship with Beijing.

“I believe timing is a factor here,” Alexander Huang, a professor of international relations at Taipei’s Tamkang University, told AFP, saying the upcoming 70th anniversary celebrations and the looming elections had pushed Beijing to pursue fresh defections in the Pacific.

With voters heading to the polls in January, he said, “Taiwanese should think really hard about cross-strait relations with China. Do we want to continue with this hostility with China, or do we need to make adjustments?”

But J Michael Cole, a Taipei-based expert with the University of Nottingham, said Taiwan has largely shrugged off the loss of diplomatic allies in recent years, knowing it cannot compete in checkbook diplomacy with its giant neighbor.

“The hoped-for psychological impact on the Taiwanese population has been diminishing with every ally stolen and as Taiwanese realize that in the end, it’s the large, democratic and influential countries — like the US, Japan, Germany — along with a number of middle powers, that truly matter to Taiwan’s survival,” he told AFP.

“Taiwan has made substantial progress deepening ties with those, and this, in my opinion, has more than counterbalanced the loss of small, investment and aid-hungry states as official diplomatic allies,” he added.  /muf