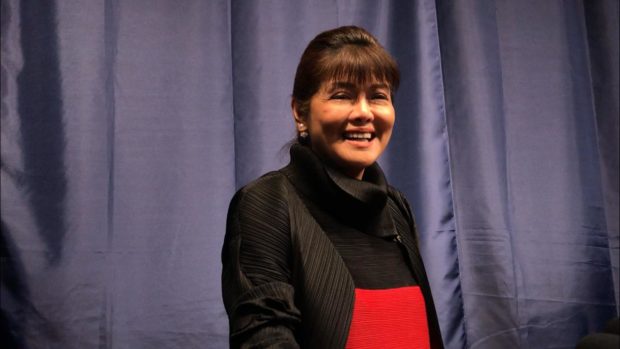 Senator Imee Marcos said this when asked to react on a bid to bar members of her family from entering the campuses of the University of the Philippines-Diliman and Mapua University.

The youth leaders said the controversial visits of Imee at UP Diliman in 2018 for a Kabataang Barangay (KB) reunion and sister Irene to both UP Diliman and Ateneo de Manila University (Admu) this year for cultural events prompted the resolution.

“Their right to enter these universities was revoked after they started killing student leaders one by one during martial law,” Renzo Relente, of the UP Diliman University Student Council (USC), earlier said.

“Academic spaces are first and foremost a space for knowledge and the safety of students,” Relente added. /jpv