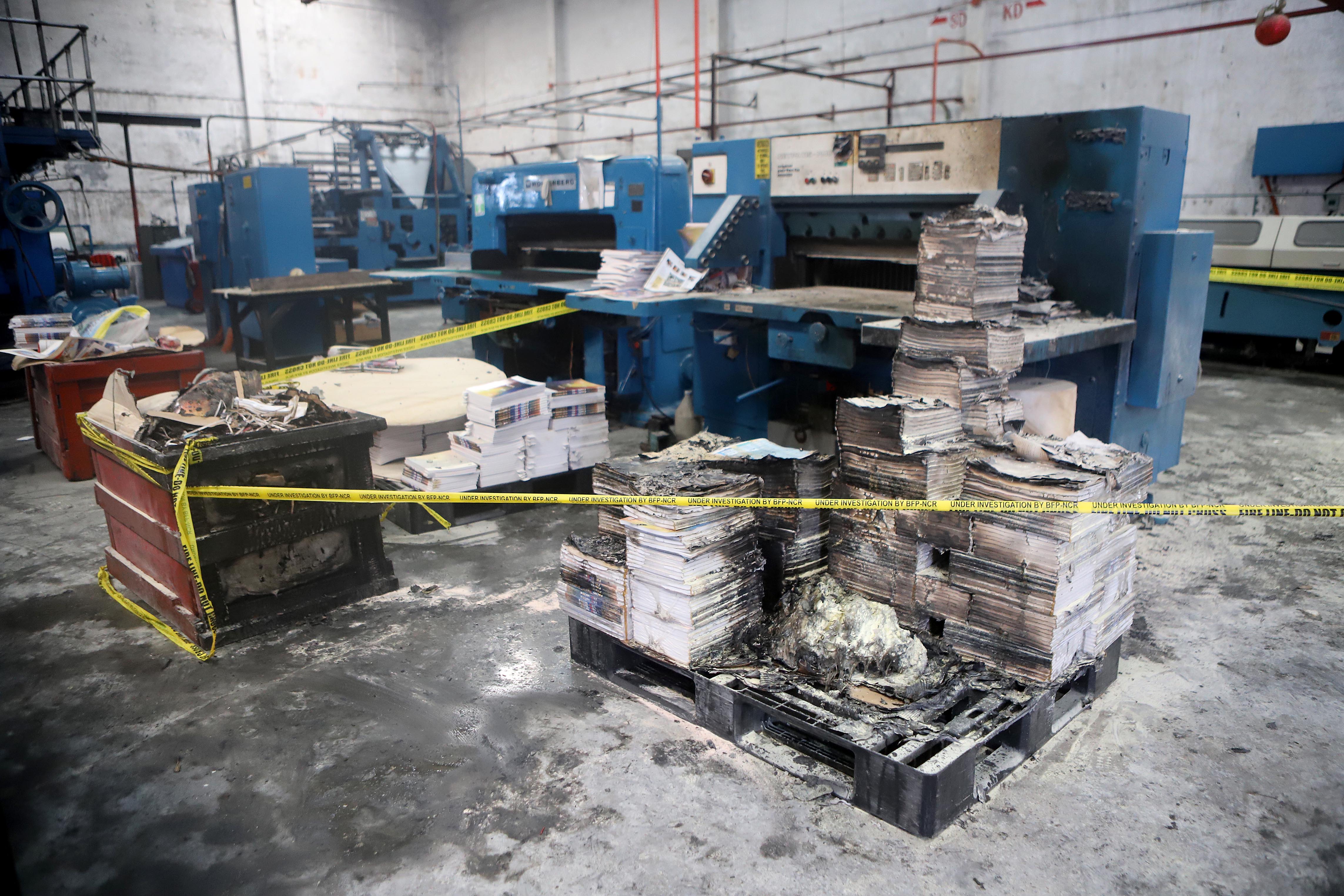 This photo shows the damage caused by the fire that struck Abante News Group’s printing plant in Parañaque City in the wee hours of Monday, Sept. 9, 2019.  (Photo from Abante)

An official of national tabloid and news website Abante has reported what he claimed was another harassment attempt, this time by men posing as drug operatives.

In a series of tweets on Wednesday, Abante News Group general manager Gil Cabacungan said that three men in civilian clothes went to their printing plant at Fortunata Building I in Vitalez Compound, Parañaque City, around 8 p.m. on Tuesday.

Cabacungan said the men who came in a silver Toyota Innova had introduced themselves as members of the Philippine Drug Enforcement Agency (PDEA).

The men asked for the plant manager who was not around. When the deputy manager went to speak to them, the men wanted him to come with them for an “interview” but he refused.

“The men did not press the issue and left after five minutes since our guards blocked their entry,” Cabacungan narrated.

PDEA spokesperson Derrick Carreon, meanwhile, denied sending any of their operatives to investigate personnel of the tabloid.

“Let us not immediately believe men who claim they are from PDEA,” he said. “If there’s a legitimate operation, our agents should be in uniform and wearing their PDEA ID.”

The incident happened a week after four armed men barged into Abante’s production area on Sept. 9 and set fire to P50,000 worth of printing materials. Two employees were reportedly hurt.