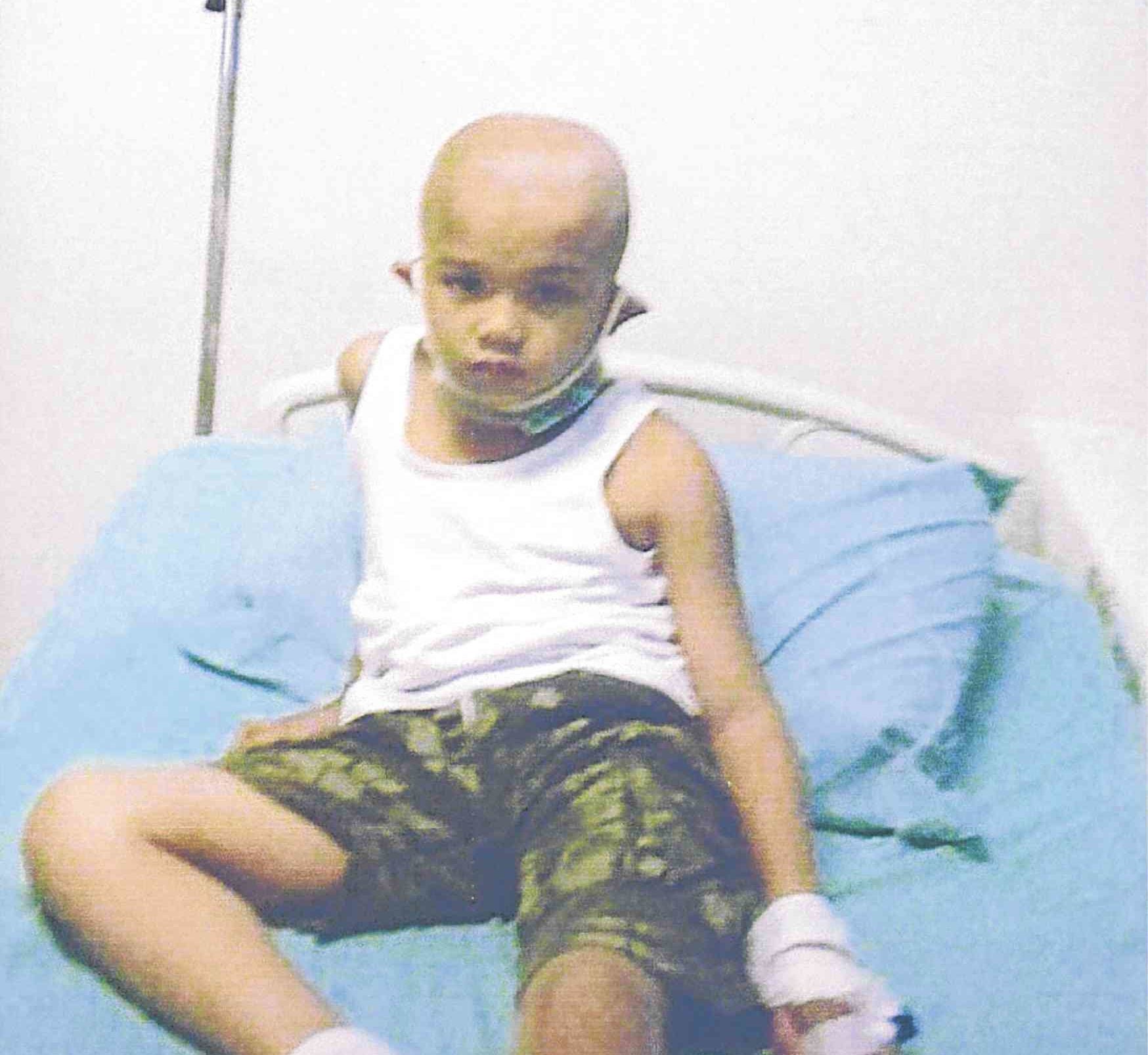 Winnie Bonzon was a domestic helper in Saudi Arabia in 2014 when her mother called her up and told her one of her five children was “frail and had many swollen lymph nodes” in his body.

“It got me seriously worried so I asked for permission from my employer to go home in the middle of my two-year contract,” Bonzon said.

Her mother took her son, Dexter Evans Jugadora, who was then 8 years old and a Grade 2 student at San Juan Elementary School in Ternate, Cavite, to the Philippine Children’s Medical Center.

“I went straight to the hospital from the airport. Indeed he was weak and almost all bones. He cried upon seeing me and asked me not to leave him again,” Bonzon said.

Her partner, Dexter Jugadora, whom she met in 2006 while  working at Export Processing Zone Authority in Rosario, Cavite, does not have a permanent job.

Their son, who is now age 13, has completed the 14 cycles of chemotherapy prescribed by doctors. But the family needs to raise P20,000 so that he can undergo a CT scan, a 2D-Echo and a bone marrow test, and have a supply of Cotrimoxazole good for three months.