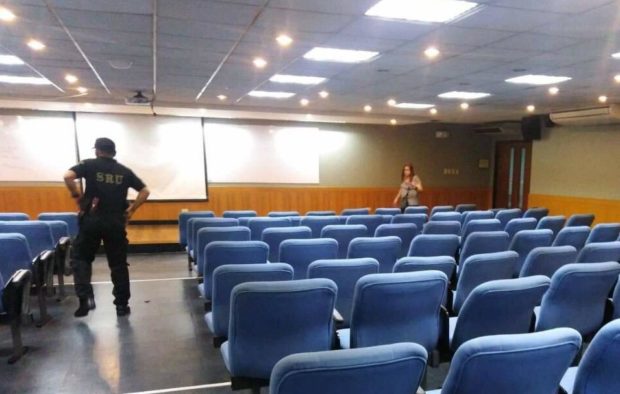 MANILA, Philippines — Mapua University on Thursday suspended classes in its Makati and Intramuros campuses due to a reported bomb threat.

ADVISORY: Classes are suspended due to a reported bomb threat. Students and employees are required to vacate the Intramuros and Makati campus now. However, today will be considered as a DIGITAL DAY. All classes will be conducted online.

The university, through its official Twitter account, advised students and employees to vacate both the Intramuros and Makati campuses.

The university added that all classes will instead be conducted online.

The Makati City police said that the Student Discipline Secretary of the Makati campus received a text  message from an unknown number warning school administration that the university will be bombed within three hours.

The Manila Police District meantime declared the Intramuros campus safe after a thorough inspection at 11:30a.m.

Further investigation is ongoing as of posting time. /gsg