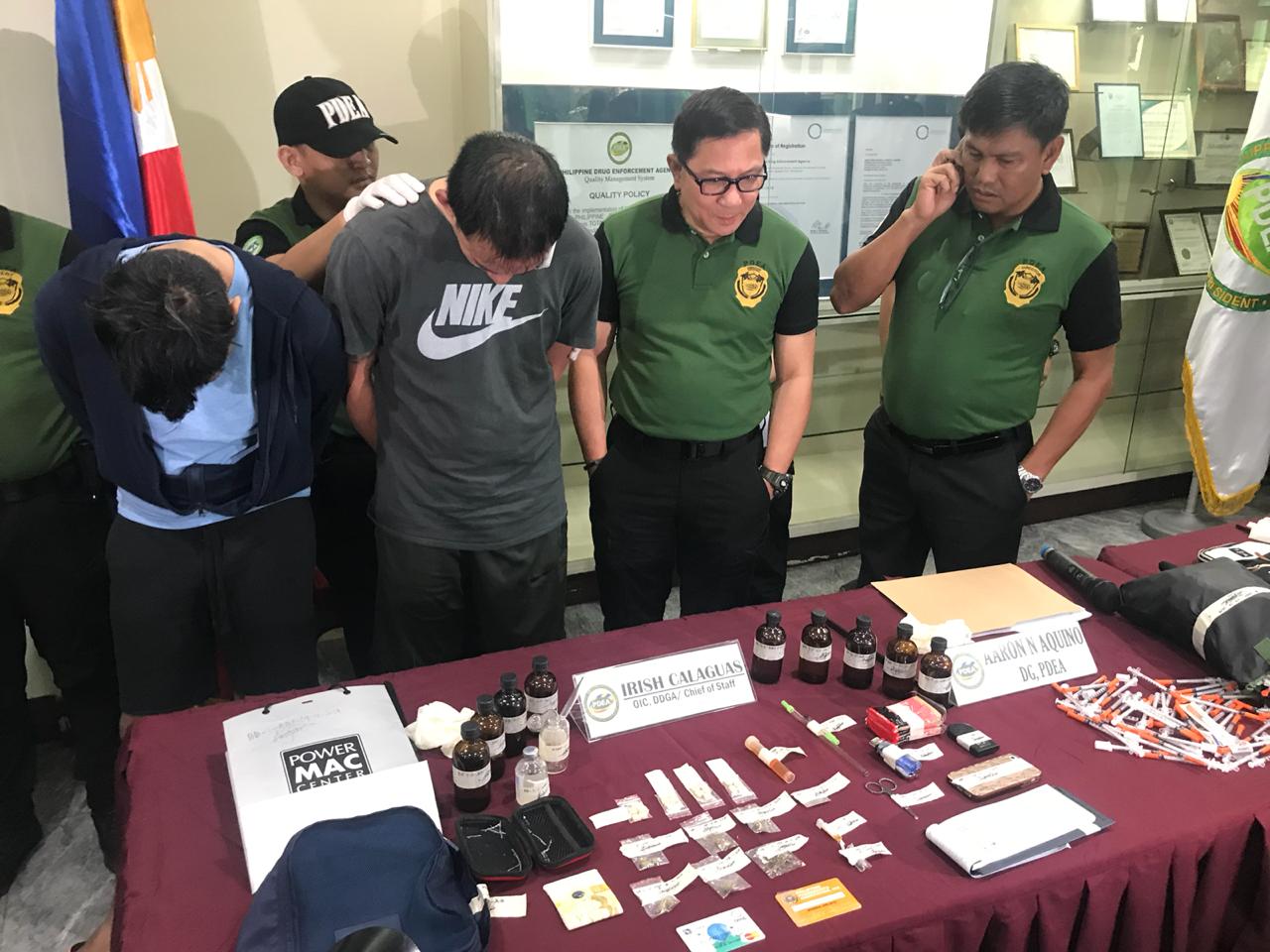 Aquino said the tooters recovered from the suspects were allegedly ordered and bought from online shopping sites.

According to Aquino, if drug paraphernalia can be bought from online shopping sites, it is also possible that illegal drugs are also being sold online.

Aquino added that the arrested  suspects have admitted using app-based courier services to move drugs around.

During the buy-bust operation at a Pasig City hotel at bout 2:30 a.m., PDEA agents seized from Antonio were P483,500 worth of illegal drugs, including ecstasy tablets and liquid ecstasy, “fly high’ (a mix of ecstasy and shabu), marijuana, Kush or high-grade marijuana, and assorted drug paraphernalia.

Confiscated from Ramirez during a buy-bust at about 4:20 a.m. in Barangay Kamuning, in Quezon City were P142,000 worth of illegal drugs, including shabu, “fly high,” ecstasy, and assorted drug paraphernalia.

Aquino said the PDEA will seek explanations from the online shopping sites and app-based courier service companies that were mentioned by the suspects.  /muf