Imee Marcos on martial law as UP subject: Part of academic freedom 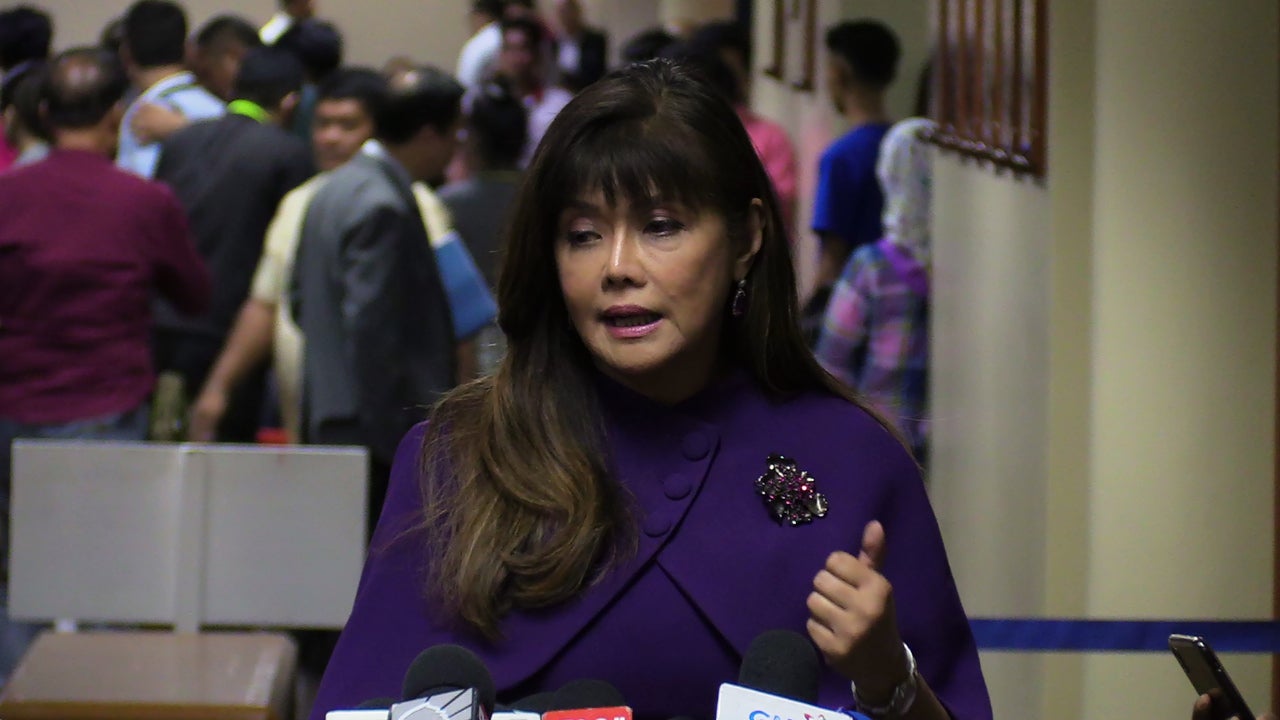 Sen. Imee Marcos answers questions from the media on September 18, 2019 at the Senate. INQUIRER.net photo/CATHY MIRANDA

MANILA, Philippines — The decision of the University of the Philippines (UP) to offer a subject on martial law was part of academic freedom, said Sen. Imee Marcos who expressed hope her family would also be allowed to share their own views on the matter.

“It’s good that it’s being studied. I hope we will be given the chance to say what we believe happened. That is what’s important, that each of us share our viewpoint and that each of us be heard,” Marcos said.

Philippine Studies (PS) 21 will focus on the language, literature and culture under martial law during the term of the late dictator Ferdinand Marcos, the senator’s father.

According to her, she believed her family was somewhat to blame for the situation because they kept quiet about the matter for a long time and did not defend themselves.

The spirit of PS 21 is defiance against repressive regimes — not the mere teaching of governance, as presidential spokesperson Salvador Panelo seemed to suggest.

This was the message proponents asserted after Panelo, during a Palace briefing, welcomed the introduction of the subject, telling reporters that “every student should know and learn any subject that concerns governance.”

“Once Panelo sees the syllabus, he might take back the endorsement,” said associate professor Gonzalo Campoamor of the College of Arts and Letters, which is looking to open 10 classes for the new general education subject next semester.

PS 21 was formally announced on Wednesday on the UP Diliman campus, a longtime bastion of student activism that has also had a complicated history with the Marcos family.

The strongman was a graduate of UP while Senator Marcos rocked the university community last year when she attended a reunion on campus of the Marcos-era Kabataang Barangay, which UP president Danilo Concepcion also graced.

The fallout was swift, and Campoamor said the event — and subsequent anger that swept the faculty — pushed them to make PS 21 a reality four years after it was initially conceptualized.

The course will be the first in UP — and possibly in the country — that is purely devoted to teaching martial law.