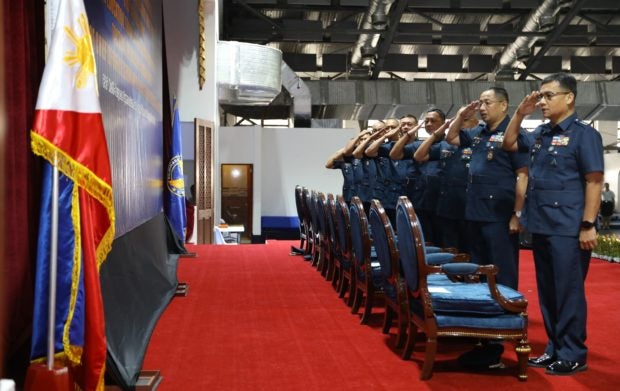 Senior officers from the Philippine Air Force on Wednesday assumed key positions in a top-level reorganization of the service branch. /PHILIPPINE AIR FORCE

Senior officers from the Philippine Air Force on Wednesday assumed key positions after a major reshuffle in the service branch.

Brig. Gen. Elpidio Talja, former commander of 520th Air Base Wing, was named as the new deputy commander of TOC. He would be replaced by Brig. Gen. Arthur Cordura.