Proposed ban on private cars on Edsa a ‘crazy idea’ 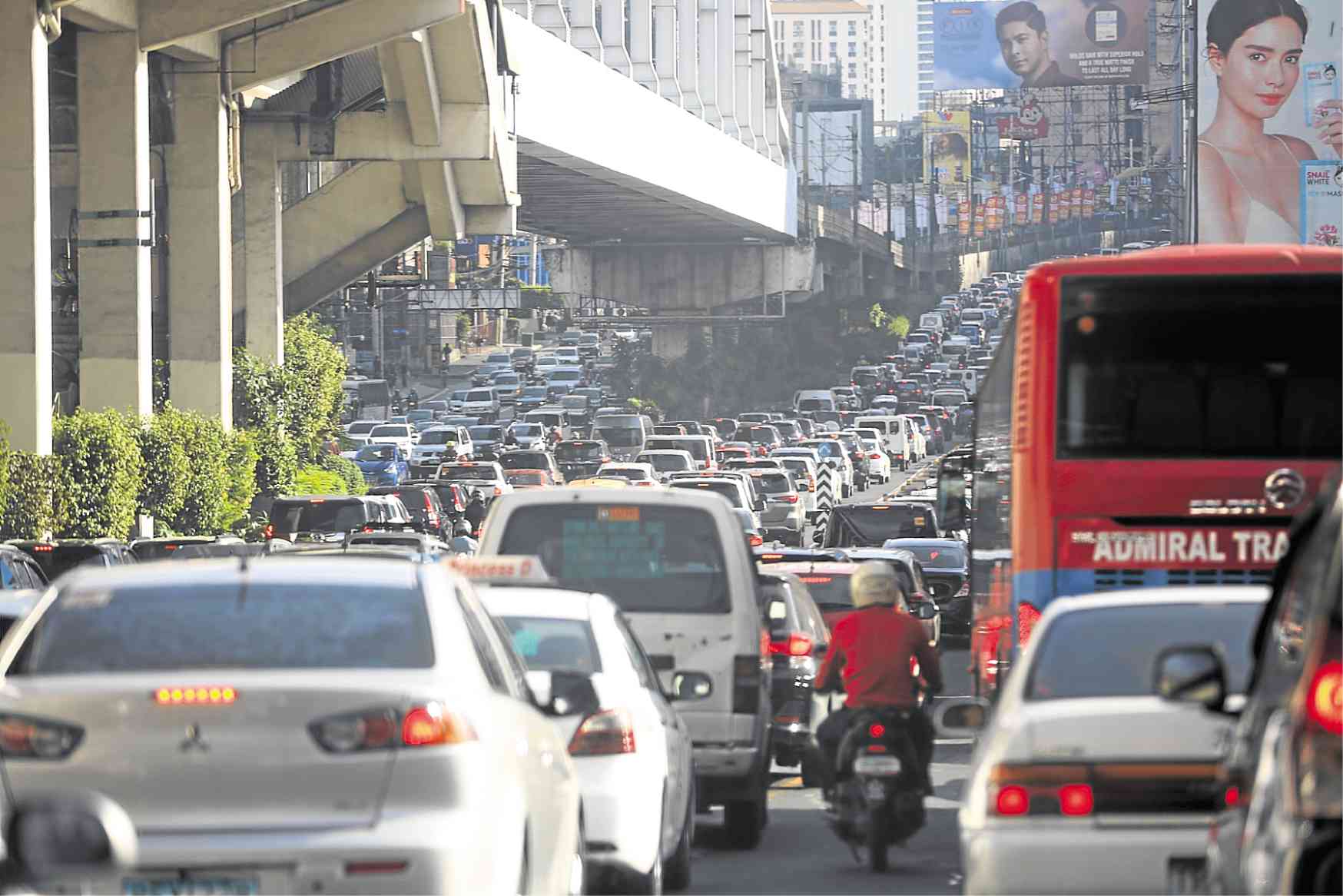 Senate President Pro Tempore Ralph Recto pointed out that owners of private vehicles were paying various taxes amounting to hundreds of billions to use public roads.

“It’s a crazy idea. But people are free to suggest. I don’t take those seriously,” Recto said in a text message to reporters.

Not well thought out

“He says (the number of) buses will increase during that time. Then where do you dump the thousand of buses that ply (Edsa) after 9 a.m.?” he said.

Erice suggested that Edsa be converted into a “mass transport highway” open only to buses and other public utility vehicles (PUVs) at peak hours.

Some 300,000 private cars use the major thoroughfare every day, compared with only about 8,000 buses, he said.

Toix Cerna of Komyut expressed support for it, but stressed that it must be anchored on similar efforts from the Land Transportation Franchising and Regulatory Board  to increase and regulate PUVs on the road.