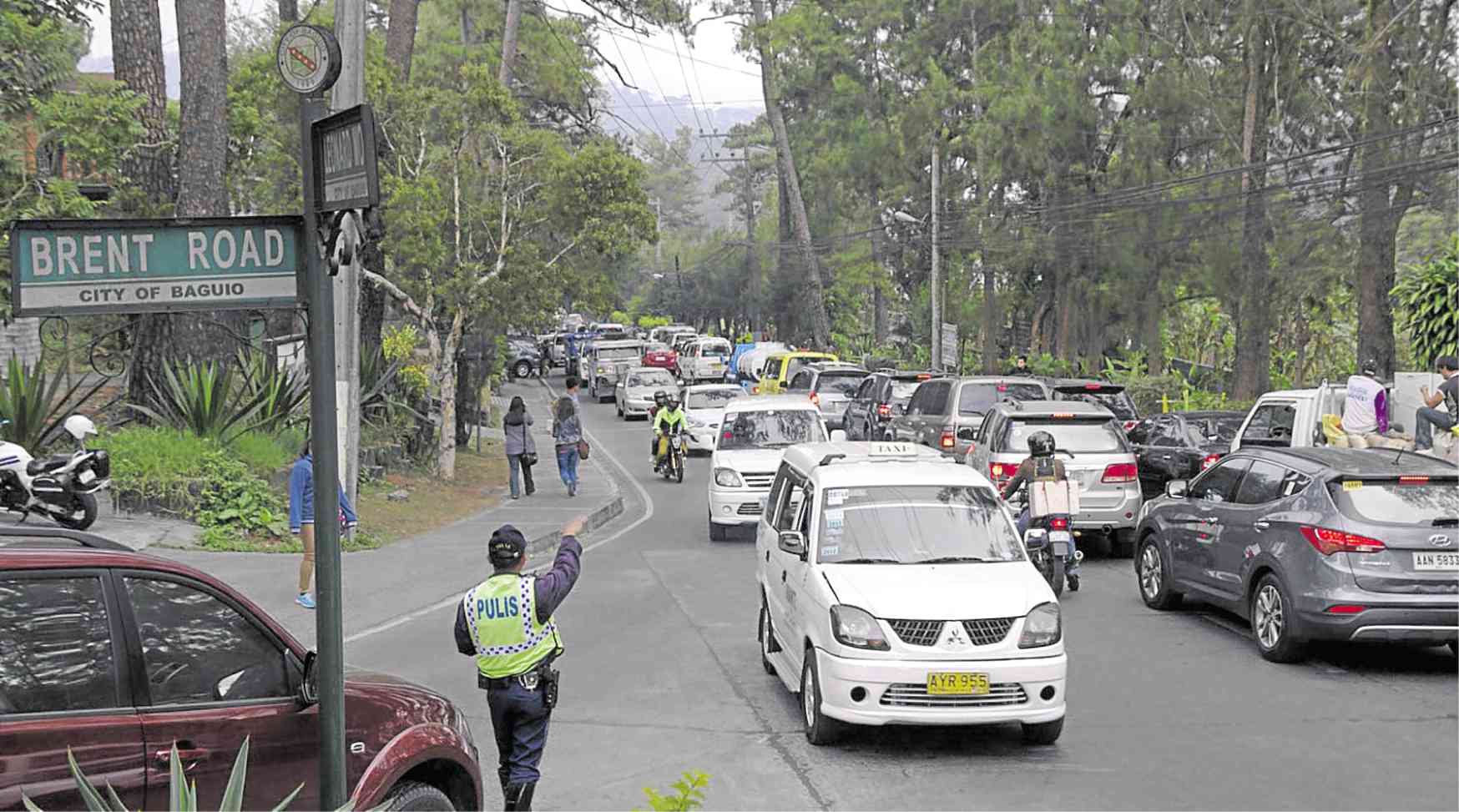 STUCK Residents and visitors have been complaining of traffic gridlocks in Baguio City, especially during holidays and long weekends when tourists spend their breaks in the summer capital. RICHARD BALONGLONG

BAGUIO CITY, Benguet, Philippines — Various companies on Monday offered to solve the worsening traffic problem in this city with new technologies, including an automated parking system and multilevel parking buildings.

Two of the proposals want to develop a 4,000-square-meter parking lot once used by a pay parking firm at Burnham Park. A third proponent offered to design parking with the backing of the World Bank (WB).

The proposals were presented during an executive-legislative meeting at City Hall.

Mayor Benjamin Magalong said all of these technologies could be tapped given the absence of sufficient public parking spaces that aggravated the city’s traffic problem.

An automated parking system, which puts parked vehicles into four or five elevated metal layers of a three-story structure, drew the most attention from those who attended the meeting.

Proposed by XY Fuji Elevator Co., the P230-million automated parking can accommodate 668 vehicles at any given time. The system has been operating at a Divisoria mall in Manila for the last five years.

But Magalong said the city government needed a parking facility that could accommodate both cars and jeepneys to partially reduce vehicles in downtown Baguio.

New studies have yet to determine how many vehicles use city roads at any given time, although about 60,000 vehicles use Abanao Road leading to the Baguio public market in a day.

A team undertaking an urban carrying capacity study of Baguio observed that the city’s 349-kilometer stretch of roads can only support 145,500 residents.

The Hotel and Restaurant Association of Baguio (HRAB) also said gridlocks in the city could be the major reason hotels saw a declining rate of occupancy since January.

Anthony de Leon, HRAB president, said their hotel members recorded as much as 60-percent drop in hotel occupancy during the Holy Week when tourists usually trekked to the city for the annual break.

During regular days, hotels have been seeing up to 90-percent drop in occupancy, De Leon said as HRAB kicked off its tourism week celebration here. 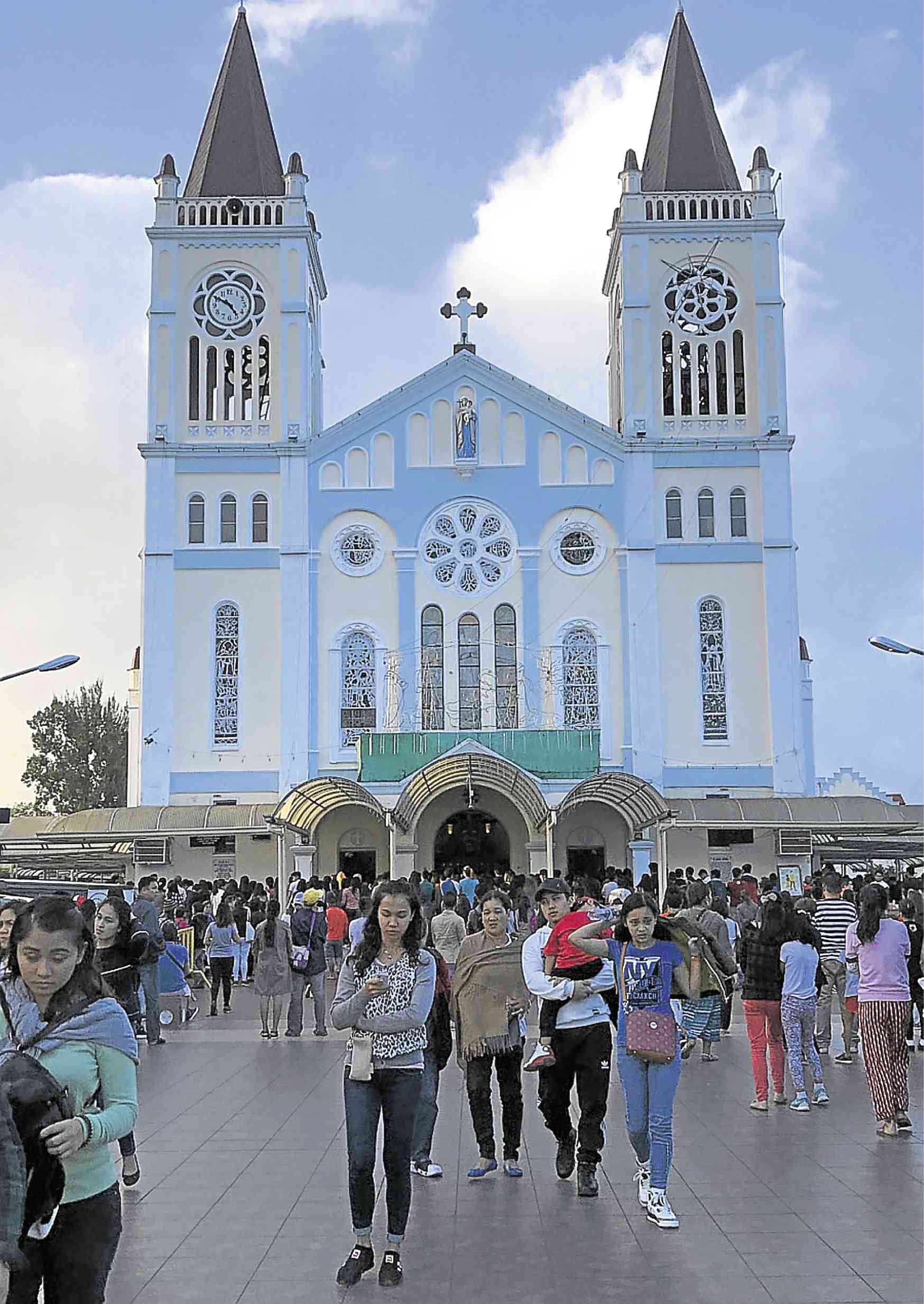 TOP DESTINATION Baguio officials are looking for ways to manage traffic and provide parking spaces as the city remains among the top destinations in the country. VINCENT CABREZA

Jeff Ng, general manager of Hotel Supreme, said the lack of space for parking had worsened the traffic problem.

One of the proponents, All Asia Development Inc., offered to build a P400-million terminal and parking building near Burnham Park, which can accommodate 550 vehicles, including jeepneys that serve residents bound for the northern Luzon provinces.

Brian Cole, chair of CW Development Corp., another proponent, said his company could design systems for various points of Baguio, under a build-operate-transfer (BOT) arrangement.

Cole said CW, which has ties with the Australian Wilson Group of Companies, had been tapped by the WB to work out solutions for the city’s social and economic problems attributed to gridlocks and slow traffic flow.

Magalong said the proposals could be designed to suit public spaces eyed for parking such as the areas surrounding Igorot Park, a former bus terminal now owned by the Government Service Insurance System near the summer residences of Supreme Court justices, and an empty lot behind Baguio Convention Center.

The Bases Conversion and Development Authority has also considered an area at Camp John Hay while the Department of Environment and Natural Resources is eyeing a parking site at the former Bibak dormitory lot on Harrison Road.

Two areas would be developed into major bus terminals, one to cater to passengers on their way to Metro Manila and other provinces while another for those going to interior Cordillera.

SM Group of Companies, reports said, is interested in a terminal in an area proposed for the city’s slaughterhouse compound. A private developer is being considered for a multiuse terminal planned for a 4-hectare section of Baguio Dairy Farm near Marcos Highway. —REPORTS FROM VINCENT CABREZA AND KIMBERLIE QUITASOL