Rescue workers from Tboli municipal disaster risk reduction and management council try to save one of the critically injured passengers of an ill-fated cargo truck that fell of a cliff in South Cotabato Tuesday, Sept. 17, 2019. Photo courtesy of T’boli MDRRMO

KORONADAL CITY, South Cotabato, Philippines — A scrap dealer in Surallah town in South Cotabato province treated his workers and their families to a beach party on Monday night in General Santos City as they celebrated a child’s birthday.

But when the group of 34 people, many of them children, was heading home on Tuesday morning, the driver of the cargo truck they were riding in lost control of the vehicle when its brakes malfunctioned as it was negotiating a downhill road at Barangay Lambangan in T’boli town.

The truck was carrying mostly children, between 1 and 9 years old, the mayor said.

“Based on eyewitness accounts, the truck lost its brakes. We will conduct further investigations on the actual cause,” T’boli police investigator George Tabayan told Agence France-Presse (AFP).

At the crash site, rescuers pulled out bodies pinned by the wreckage while some fatalities were thrown off the vehicle when it hit the ground.

Limson said 14 others were taken to different hospitals in the province.

“Many are still in critical condition,” Tuan told the Inquirer on Tuesday. 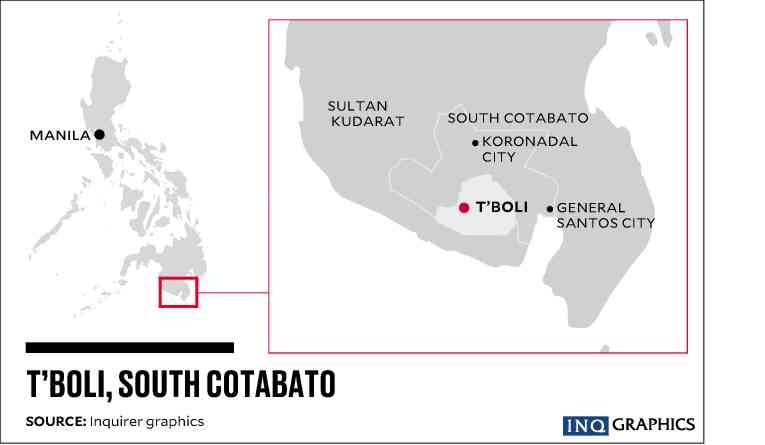 “[Most] of the survivors jumped out of the bus as it ran out of control. They were scattered on the mountainside,” Del Carmen, who was among those who retrieved the dead, said by phone.

Surallah Mayor Antonio Bendita said the local government was shocked by the accident. “We are mourning their deaths,” he said, noting that most of the victims were residents of his town.

Tuan said the truck used by the victims, owned by the party host, was not fit for transporting people because it was being used to ship scrap metal and bottles.

—With reports from Williamor Magbanua, AP and AFP