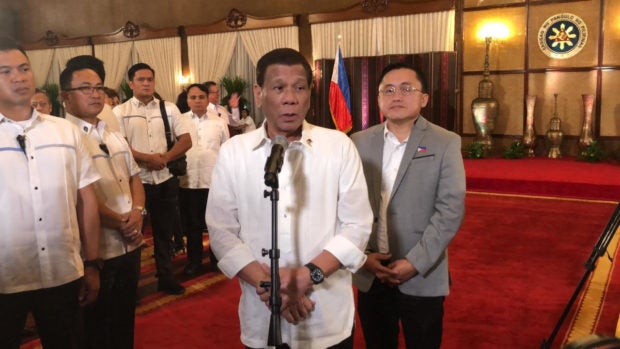 MANILA, Philippines—President Rodrigo Duterte on Tuesday threatened to “dig” into the Lopez family’s alleged “unpaid debts” with the state-owned Development Bank of the Philippines (DBP).

“The Lopez Group of Companies never paid a single centavo. It was condoned by the government. Who condoned it? Who authorized it? I really do not know,” Duterte said before newly-appointed officials in Malacañang.

“But maybe one of these days, I’ll start to dig,” he added.

The write-offs were made possible by the Special Purpose Asset Vehicle Law of 2002, which was enacted to help the Philippine banking system dispose of nonperforming loans.

The Lopezes also own television giant ABS-CBN, which Duterte has slammed for allegedly being biased against him.

“Why do you have to give away money to people who are rich? Tapos mag-publish ng mga newspaper with all their protestations and all their grievances for the poor and for…,” he said.

The President has repeatedly said he would block ABS-CBN’s franchise renewal, which is set to expire next year./ac