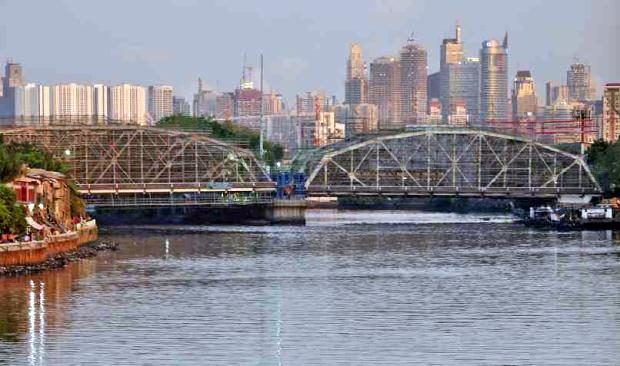 A view of the Pasig River at the Ayala Bridge, which connects Ermita and San Miguel districts of Manila. (File photo by NIÑO JESUS ORBETA / Philippine Daily Inquirer)

MANILA, Philippines—President Rodrigo Duterte on Tuesday said he believes that reviving Pasig River is “impossible” as it has now become the basin of Metro Manila’s waste.

In a speech before newly appointed officials in Malacanñang, Duterte said he would “remove” Pasig River Rehabilitation Commission (PRRC) and transfer the Pasig River’s rehabilitation efforts to the Department of Environment and Natural Resources (DENR).

Duterte earlier transferred the chairmanship of the PRRC to DENR from the Department of Budget and Management.

The PRRC was created by then-President Joseph Estrada to lead the rehabilitation efforts of the famed body of water.