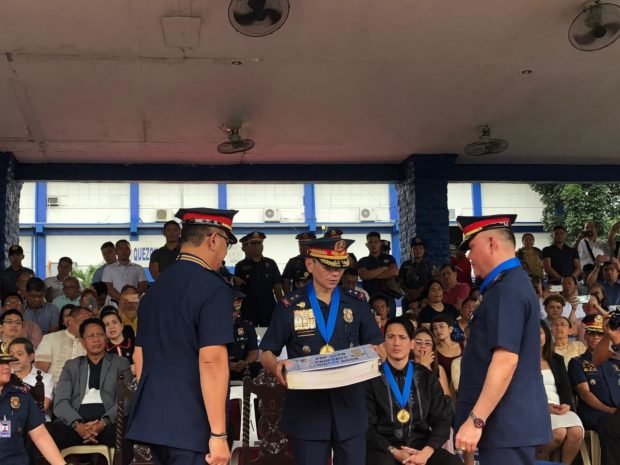 The former Deputy District Director for Administration (DDDA) of the Northern Police District made this pledge while he admitted during the turnover ceremony Tuesday that he has “big shoes to fill” at the helm of QCPD.

Esquivel has been designated as the new director of the Caraga police.

Eleazar even noted that QCPD was named as the best police district for two consecutive years – in 2018 and 2019.

“We were very successful [in the anti-drug campaign]. And out of 142 QC barangays, 64 barangays [were cleared of drugs]. Patuloy din kami sa internal cleansing sa aming barangay,” Sotto, representing QC Mayor Joy Belmonte, said during his speech at Camp Karingal.

Sotto added that the QC government is “looking forward” to working with Montejo in intensifying the city government’s campaign against illegal drugs and corruption. 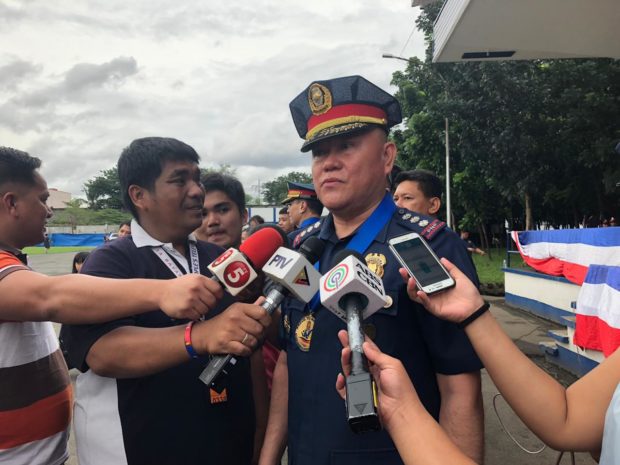 Montejo said he will not think twice about punishing rogue policemen in QCPD.

“As your new district director, I will make sure that you’re good deeds will be rewarded and those who will break the chain and violate the law will be punished,” he stressed.

Montejo advised QC police officers to “perform their duties well” and serve the public “without fear or favor.” /kga