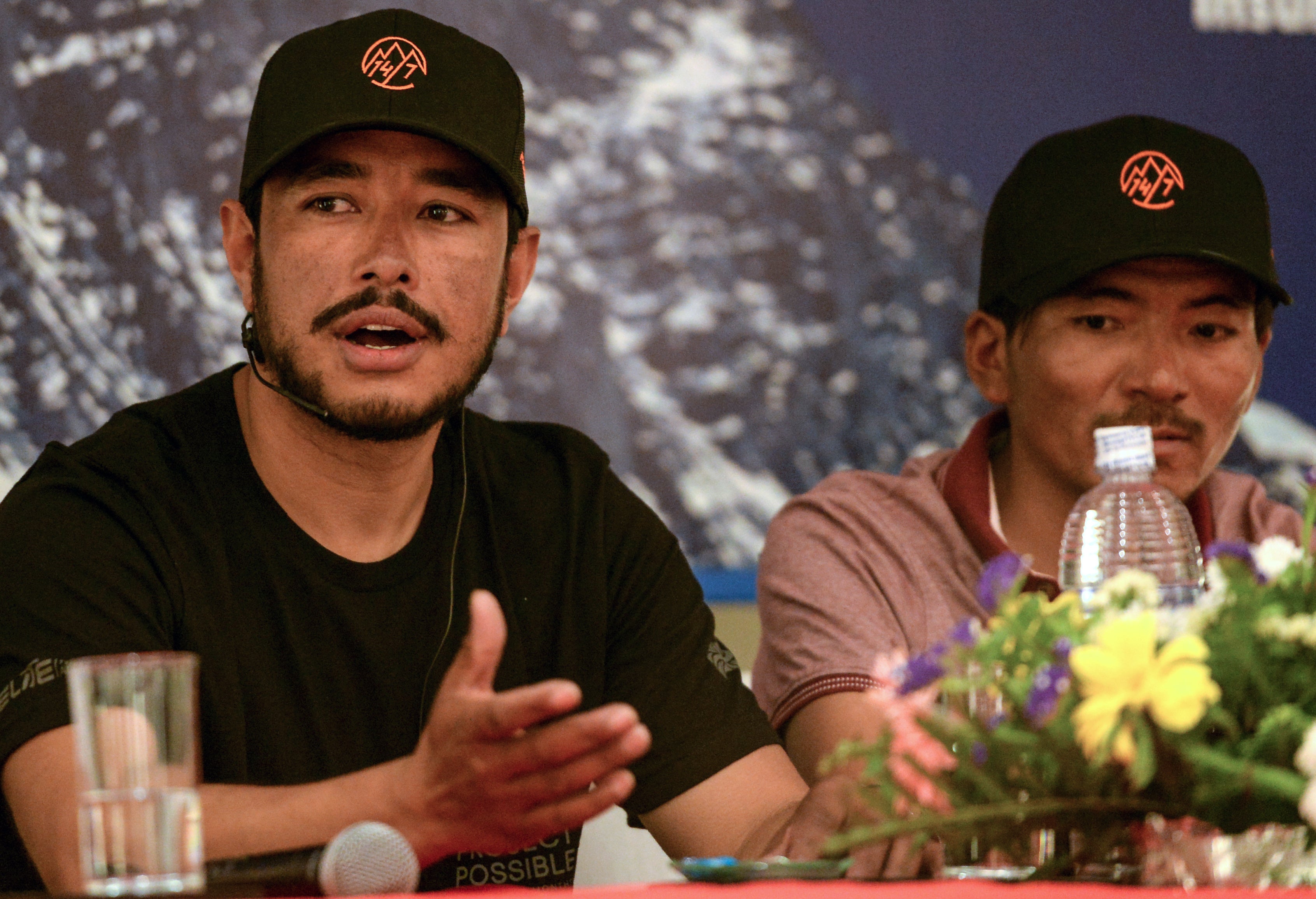 KATHMANDU, Nepal — The current record for climbing the world’s 14 tallest peaks is almost eight years. Nepali climber, Nirmal Purja, who served in the British special forces, has a target of seven months.

On Monday Purja arrived at the advance base camp of the 8,201-meter (26,906-feet) Cho Oyu, ready for the final phase of the last three peaks in his feat of astonishing endurance.

“Nobody believed I could do this when I first said it… I’m so glad to be inspiring generations of all ages through this endeavor. This is what keeps me going,” Purja told AFP by phone.

“This is not about me… it is to show what the human body can do. To establish a paradigm shift in perception of human potential,” Purja said.

This inspired the 36-year-old to start “Project Possible”, scaling the 14 peaks — all higher than 8,000 meters — in seven months.

But doing so is radically ambitious. In the 1980s, it took Polish climber Jerzy Kukuczka seven years, 11 months and 14 days.

South Korean climber Kim Chang-ho managed it in about a month less — although he did, unlike Kukuczka and Purja, do it without supplementary oxygen.

Before he set off on his first expedition, Purja had a detailed tattoo of the 14 mountains engraved on his back, with colourful prayer flags tracing his journey to the peaks.

Swapping his army boots for crampons, Purja quit the military after 16 years of service and re-mortgaged his house to begin his expedition and start raising funds.

Purja began his attempt in April with the 8,091-meter Annapurna, checking the illustrious “8,000ers” Dhaulagiri, Kanchenjunga, Everest, Lhotse and Makalu off his list in only a month to finish his first phase.

A month later, he was heading to Pakistan for the second part of his mission where he first tackled the notorious Nanga Parbat at 8,125 meters. Twenty-three days later he was standing atop Broad Peak, his fifth and final mountain of the second phase.

Battling sleep deprivation to meet his target, Purja said he was almost sprinting up and down five of Pakistan’s highest peaks including K2, the second tallest in the world.

“I felt like this is one down and next to go (with every summit). We still have another to climb,” Purja said.

On track to make climbing history, the phenomenal mountaineer has in the process also set several speed climbing records this year.

This included his summits of Everest, Lhotse and Mount Makalu, three of the world’s five highest mountains, in a record 48 hours — and despite the deadly overcrowding this season on the planet’s top peak.

Purja also made headlines with his miraculous rescue operation of a Malaysian climber from Mount Annapurna after two nights in the open above 7,000 meters.

“It is only a matter of time until he completes his project, he has already proven his amazing capability,” said Mingma Sherpa of Seven Summit Treks, Purja’s expedition operator.

Raised in a village in the northwest district of Chitwan, Purja said he did not even have flip-flops growing up.

“My life story tells anyone who doesn’t have privilege to dream about bigger things. Anything is possible if you put your heart and mind and give 100 percent to it,” he said.

He also hopes to lift the standing of Nepali climbers — Sherpas who often work as guides for foreign climbers in the Himalayas — as he feels they are not “given the right credit.”

But there is a potential spanner in the works.

The Chinese government’s decision to close Mount Shishapangma for the season could potentially stymie Purja’s plans.

But efforts are underway to seek a special permission for him.

“Dealing with all sorts from admin, logistics, funding and politics; now my climbing mode is ON,” he said on Facebook on Monday.  /muf