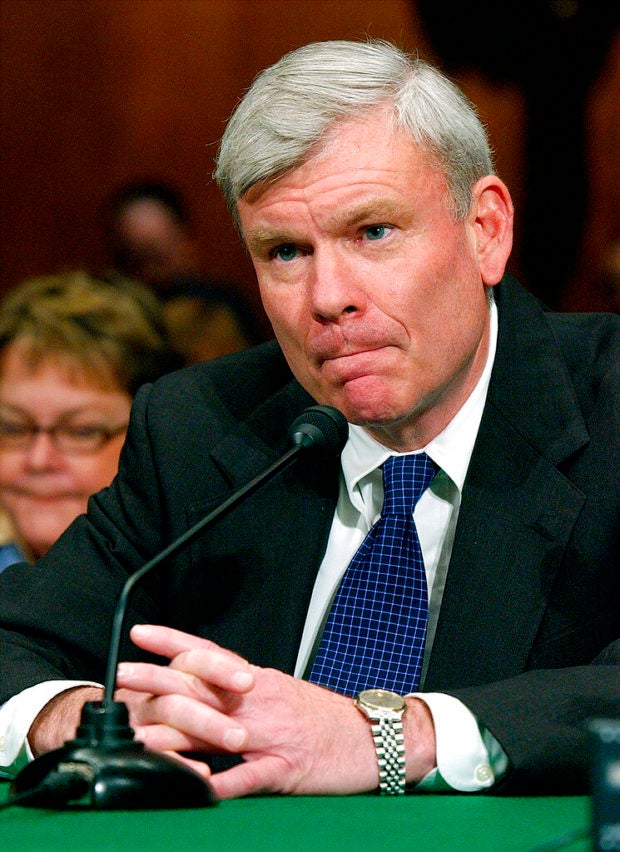 “Either the dogs have to be eliminated from the world or the people who fight the dogs or both, but there needs to be an intervention by the law and it’s going to start here,” U.S. District Judge Terrence Boyle said.

The men are now using the judge’s words to appeal their sentences, arguing that he should have taken himself off the case because of his “deep-seated antagonism” toward people who engage in dogfighting and the pit bull breed itself.

The 4th U.S. Circuit Court of Appeals is scheduled to hear arguments in the case Wednesday.

The five men were among a group charged in a sweeping indictment alleging various dogfighting and drug-trafficking offenses. They pleaded guilty to conspiracy to violate the Animal Welfare Act and at least one other charge.

Boyle handed down sentences ranging from a little under four years to nine years.

During their sentencing hearings, Boyle made multiple statements the men’s lawyers say show that his strong personal feelings about dogfighting interfered with his duty to remain impartial.

At various points, Boyle characterized people who engage in dogfighting as mentally ill and belonging to the “Stone Age.”

“Participation in this is a manifestation of some form of mental illness. If you treat animals in a barbaric and cruel and torturous way, then there’s something wrong with you,” he said.

The judge also offered his opinion about pit bulls, noting that the dogs are often bred by humans for fighting and are known for having aggressive temperaments.

“There is no good aspect of them in my opinion,” he said. “I think the breed needs to be reduced and eliminated.”

Four of the men’s sentences exceeded federal sentencing guidelines. Boyle sentenced a fifth man, Lewis Edmond Andrews Jr., at the top of the sentencing range: nine years in prison. In addition to a dogfighting charge, Andrews also pleaded guilty to distributing heroin and aiding and abetting.

Federal prosecutors declined to comment. They argue in court documents that the sentences were appropriate for the criminal conduct the men admitted to when they pleaded guilty. Federal sentencing guidelines are advisory only; judges are allowed to go above or below the guideline range, based on the circumstances of the case.

Prosecutors said more than 150 dogs were used in the dogfighting operation. When investigative teams searched the homes of four of the defendants, they found break sticks used to pry open dogs’ jaws, canine treadmills, weighted collars, whips, heavy training chains, steroids and other medical supplies. Many of the dogs had injuries and had to be euthanized.

“The court communicated its belief that regular, law-abiding people do not enjoy the blood spectacle of two dogs brutally attacking each other, sometimes for hours,” prosecutors wrote in a legal brief filed with the 4th Circuit.

“When the judge’s remarks are considered collectively and in context, it is clear that the judge was simply expressing the well-supported view that animal fighting is a gruesome activity that Congress has decided has no place in society,” they wrote.

But lawyers for the men argue that Boyle’s sentencing decisions “were driven by his emotions about dogfighting and his view that those participating in it were unredeemable barbarians.”

Joseph Gilbert, an attorney who represents Andrews in his appeal, said he and lawyers for the other men believe Boyle’s comments during the sentencing hearings demonstrate that he should have disqualified himself.

“Every judge has an obligation to recuse himself or herself whenever they feel so strongly about an issue that it might affect their ability to objectively and fairly hear the case,” Gilbert told The Associated Press.

Under his plea agreement, Andrews waived his right to appeal any sentence within the guideline range. But his lawyer said Boyle’s personal feelings about dogfighting made the sentencing process defective, which should prevent enforcement of his agreement to waive his appeal.

Boyle’s past comments from the bench have also sparked controversy.

In 2017, the 4th Circuit reversed the immigration fraud conviction of an Algerian native who entered the U.S. through the Diversity Immigrant Visa Program, which offers green cards to citizens of countries with historically low rates of immigration to the U.S.

The 4th Circuit found that during the man’s trial, Boyle expressed skepticism about the program and a “negative impression” of people who participate in it.

The court found that Boyle’s “judicial intervention” was “improper,” denying the man the opportunity for a fair and impartial trial.

Defense lawyers in the dogfighting case may have a difficult time persuading the 4th Circuit to order new sentencing hearings, said Jonathan Turley, a law professor at George Washington University.

Turley said recusal is a decision largely left up to individual judges.

“The difficulty for the defendants is not just the recusal case law, but the stage at which these comments were made,” Turley said.

“The greatest danger is when there is a question of bias during a trial or during the finding of critical facts. In this case, the defendants admitted their guilt.” /jpv