Duterte meets with Communist Party of China leaders in Malacañang

In a press statement sent late Monday night, Malacañang said Duterte met with Chongqing party chief Chen Min’er and other members of Communist Party of China (CPC) in a courtesy call at the Palace’s Music Room. 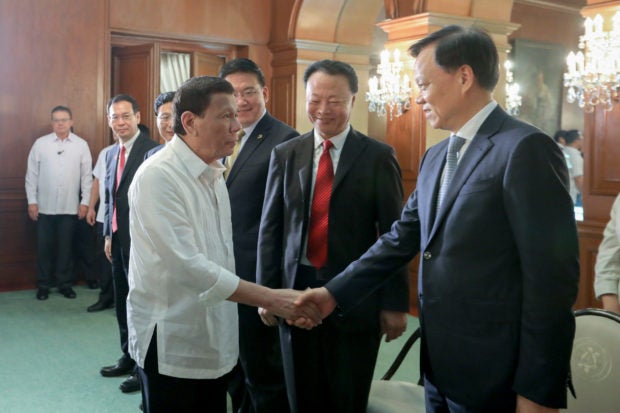 “A protégé of Chinese President Xi Jinping,” the Palace said “Chen is seen as a rising political star in China.”

He became the Communist Party Secretary of Chongqing, one of China’s leading cities, in 2017.

He also joined the 25-member Politburo, the CPC’s top decision-making body and has served as the head of the provincial department of propaganda and vice governor of Zhejiang province.

Chen became Guizhou’s governor in 2013 before being promoted as provincial communist party secretary. 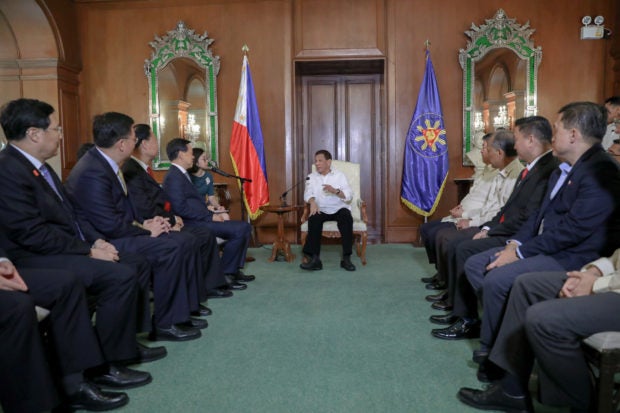 President Rodrigo Duterte meets with the officials of the Communist Party of China (CPC) Chongqing Party led by its chief, Chen Min’er at Malacañan Palace on September 16, 2019. ACE MORANDANTE/PRESIDENTIAL PHOTO

Last March, Duterte also met with a Chinese delegation led by Song Tao, minister of the International Department of the Communist Party of China Central Committee.

The President then explained that the Philippine government had nothing to do with the complaint filed against Chinese President Xi Jinping before the International Criminal Court by former Ombudsman Conchita Carpio Morales and former Foreign Secretary Albert del Rosario. /gsg