Killings down but fear lingers on Negros Island | Inquirer News

Killings down but fear lingers on Negros Island 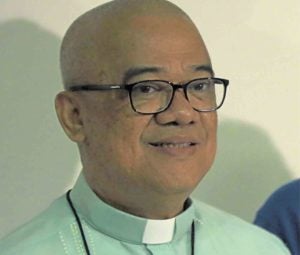 A climate of violence, fear and impunity grips our island. Some of my priests and lay people have cried in grief over these senseless deaths that left children orphans, parents burying their children, wives or husbands widowed.
— Gerardo Alminaza, San Carlos Bishop

ILOILO CITY, Iloilo, Philippines — While killings on Negros Island have gone down, fear remains among many residents that the attacks will continue and they will become the next targets of assassins, San Carlos Bishop Gerardo Alminaza said.

In a video message sent to a peace forum in Manila last week, Alminaza said the continued Red-tagging of civilians had struck fear even among government workers, citing the impact of a purported hit list, which included the city health officer of Guihulngan City in Negros Oriental province.

“These past months, my priests in the Diocese of San Carlos have buried most of the 59 bodies of victims of extrajudicial killings in five cities and two towns on Negros Island,” the prelate said.

In the video, Dr. Mary Rose Sancelan, Guihulngan health officer, said her workload was already heavy as the lone doctor in her office was doing both consultations and administrative work.

“I am accused as ‘JB Regalado,’ a leader of the [Communist Party of the Philippines-New People’s Army, or CPP-NPA],” Sancelan said.

“I feel helpless and paranoid when I go to work. Of course, I am afraid to die. I am no longer free to go to the countryside and perform basic services, like school-based immunizations,” she said in the video statement.

Guihulngan, 138 kilometers north of the provincial capital of Dumaguete City, has the most number of civilians killed on Negros Island since January 2017.

The Defend Negros #StopTheAttacks network recorded 23 killed in the city out of the 87 victims on Negros Island.

Among those killed was lawyer Anthony Trinidad, who was gunned down on July 23 at the city center. No arrest had been made nearly two months after his death.

Police and military officials have blamed the killings on communist rebels or attributed these to land disputes. But leaders of the CPP and NPA dismissed this, saying “death squads,” composed of policemen, soldiers and paramilitary personnel, were behind the attacks.

Alminaza and three other bishops in Negros called for the ringing of church bells at 8 p.m. daily to call for an end to the killings and seek justice for the victims.

“Since we started to ring the church bells, the [number of attacks] has [been fewer] but [the killings have] not stopped,” he said.

“A climate of violence, fear and impunity grips our island. Some of my priests and lay people have cried in grief over these senseless deaths that left children orphans, parents burying their children, wives or husbands widowed,” he said.

“But we also heard some voices approving of these killings and blaming the victims. Others have remained deaf … due to fear and apathy,” Alminaza added.

He pointed out that while there had been a long history of violence in Negros due to land conflict, poverty and injustice, the killings “dramatically escalated” after the termination of the peace talks between the government and communist rebels and the issuance of Memorandum No. 32 by President Duterte.

The memorandum directed the deployment of more policemen and soldiers to the Bicol region and the provinces of Negros Occidental, Negros Oriental and Samar “to suppress lawless violence and acts of terror,” and to prevent the purported violence from spreading into other areas in the country.

“We must promote integral peace, push for social justice and sociopolitical and economic reforms that will address the historical roots of the conflict on Negros Island and the whole countryside,” Alminaza said.

“We continue to fervently pray for the killings to stop and for God’s love, justice and peace to reign in our land,” he said.