newsinfo / Headlines
Headlines
CAMPAIGN HAS REACHED ONLY 53.8% OF TARGET KIDS 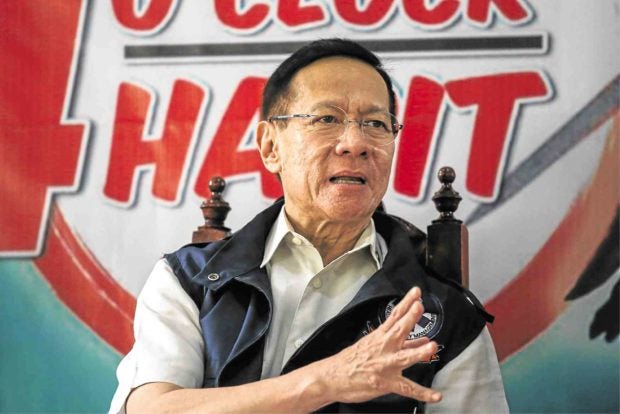 MANILA, Philippines — Distrust in health volunteers and fear of vaccines mired the rollout of the Department of Health (DOH) campaign to ensure that polio will not reemerge nearly three decades since it was eradicated in the country.

In the first round of the DOH’s supplemental immunization against polio in August, health workers were only able to reach 53.8 percent, or a little over 106,000, of the nearly 200,000 kids under 5 years old targeted to be vaccinated against the fatal, debilitating disease.

Maria Wilda Silva, the DOH National Immunization Program manager, said 40 percent of the children in Manila remained unvaccinated because they or their parents weren’t home when health workers went to their communities.

In such areas, Silva said the health workers would often return at night to give children the oral polio vaccine (OPV).

But Silva pointed out that a significant portion of the children still didn’t get the OPV because their parents or guardians refused, either due to distrust of health volunteers or fear of the vaccine’s supposed adverse effects.

“In some of the communities, they do not trust the barangay volunteers. They want to see health care workers, like nurses, doing the actual vaccination,” Silva told reporters in a recent forum.

In the case of grandparents, she said they were “afraid they would be blamed just in case something happens to the kid.” Silva said this might still be due to the controversy over the dengue vaccine Dengvaxia.

Some parents claimed to have been advised by pediatricians not to have their children vaccinated against polio.

At a press conference on Aug. 31, Health Secretary Francisco Duque III made a public appeal to have children vaccinated against polio, after tests conducted on Manila’s sewage in July proved positive for the vaccine-derived poliovirus.

Silva said that aside from low vaccination rate, an indicator for an area to be considered high risk is when there is poor surveillance of the disease. “If you don’t see the disease [in residents], you become complacent. They think it won’t come back, that it’s long gone like small pox and [has] a low possibility of returning. So there’s a need to reeducate the public.”

On another health concern, the DOH hopes to vaccinate by year-end about 8 million school-age children to better protect them against measles, which has already claimed more than 500 lives in just eight months.

“We don’t want to stop our vaccination drive because there’s still community transmission. The fact that there are still cases being detected means that there’s continuous transmission and there’s a pool of unprotected individuals,” Health Undersecretary Rolando Enrique Domingo told reporters.

Last month, the DOH’s Epidemiology Bureau recorded a total of 40,782 measles cases nationwide, a 201-percent increase from last year’s 13,532 cases. Of these cases, there were 551 fatalities. Most of the deaths were infants age 9 months and under (41 percent) and children age 1 to 4 (40 percent).

To date, only 16 percent, or 1.4 million out of the targeted 8.6 million students from kindergarten to Grade 7 have been vaccinated against measles.

The DOH was scheduled to have completed its school-based immunization this month, but school administrators had advised against the interruption of classes. Domingo said the DOH was only able to roll out the program last August.

A supplemental immunization also covers children age 12 and above. Of the target 2.2 million, the DOH already covered 43 percent, or close to 943,000 individuals.