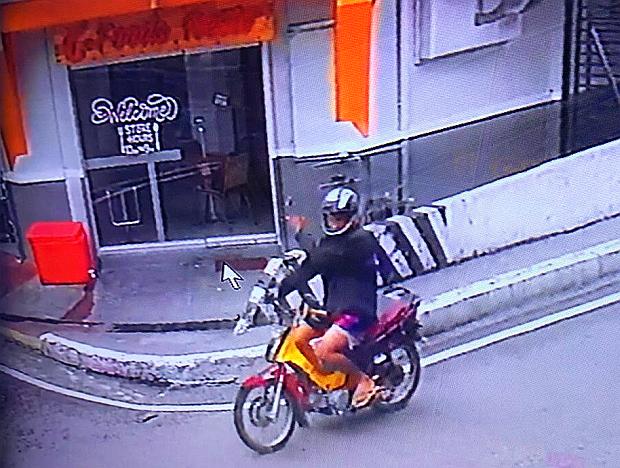 This photo captured from a CCTV footage shows a man on a motorcycle who threw a grenade at the doorstep of a restaurant in San Miguel, Manila on Saturday, Sept. 14, 2019. (Photo from the Manila Police District)

MANILA, Philippines — Police are looking into a possible business rivalry behind a grenade attack at a restaurant in Manila on Saturday afternoon.

A report from Santa Mesa Police Station showed that an unidentified motorcycle-riding man threw a hand grenade at the doorstep of C-Foods Restaurant at the corner 5th Street and C. Aguila Street in San Miguel District at around 3:30 p.m.

The restaurant is owned by a certain Macario Tinio, 59.

Police said business rivalry could be behind the attack as a hammer was thrown at the window of the restaurant.

During that time, Tinio received threats through text messages. His restaurant is said to be the strongest competitor in the area due to its affordable prices.