newsinfo / Nation
Nation
HE WAS CIDG CHIEF DURING 2014 NBP RAIDS 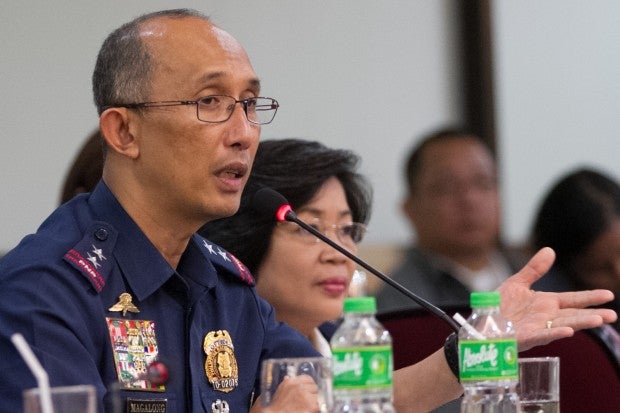 This photo taken on Sept. 21, 2016, shows then-Director Benjamin Magalong, CIDG chief, during a House hearing on the NBP raids. (File photo from the Philippine Daily Inquirer)

MANILA, Philippines — Baguio City Mayor Benjamin Magalong confirmed Saturday that he would attend the Senate hearing on the controversial Good Conduct Time Allowance (GCTA) law under which more than a thousand heinous crime convicts had been released.

Before being mayor, Magalong headed the Criminal Investigation and Detection Group (CIDG) of the Philippine National Police (PNP).

In an interview with AM radio station DZMM, he said Sen. Richard Gordon, who heads the Senate blue ribbon committee, had called him about attending the hearing.

“I wondered about that. I never had anything to do with the GCTA,” Magalong said in Filipino. “The senator said it was about what happened at the BuCor [Bureau of Corrections] when I was still with the CIDG.”

He added, however, that he had not received a notice from Gordon on when he was expected to attend the hearing.

As CIDG head in 2014, Magalong said he presented a special operations intelligence plan to then-Justice Secretary Leila De Lima about how high-profile Chinese drug lords continued to be involved in the illegal drug trade while detained in the New Bilibid Prison (NBP).

He and De Lima then pieced together information and made a plan with the Philippine Drug Enforcement Agency, which resulted in a series of raids led by the justice secretary, at the NBP.

However, Magalong noted, the CIDG did not take part in the raids.

Magalong also confirmed that there were anomalies happening at the NBP, as bared during the recent Senate hearings.

Asked if he also received information of BuCor officials being involved illegal activities in the NBP, Magalong said yes.

He said CIDG officers could have gathered evidence at the NBP during the raid, but he said: “Unfortunately, we are not included despite the fact that we were the ones who worked on it [the information].”