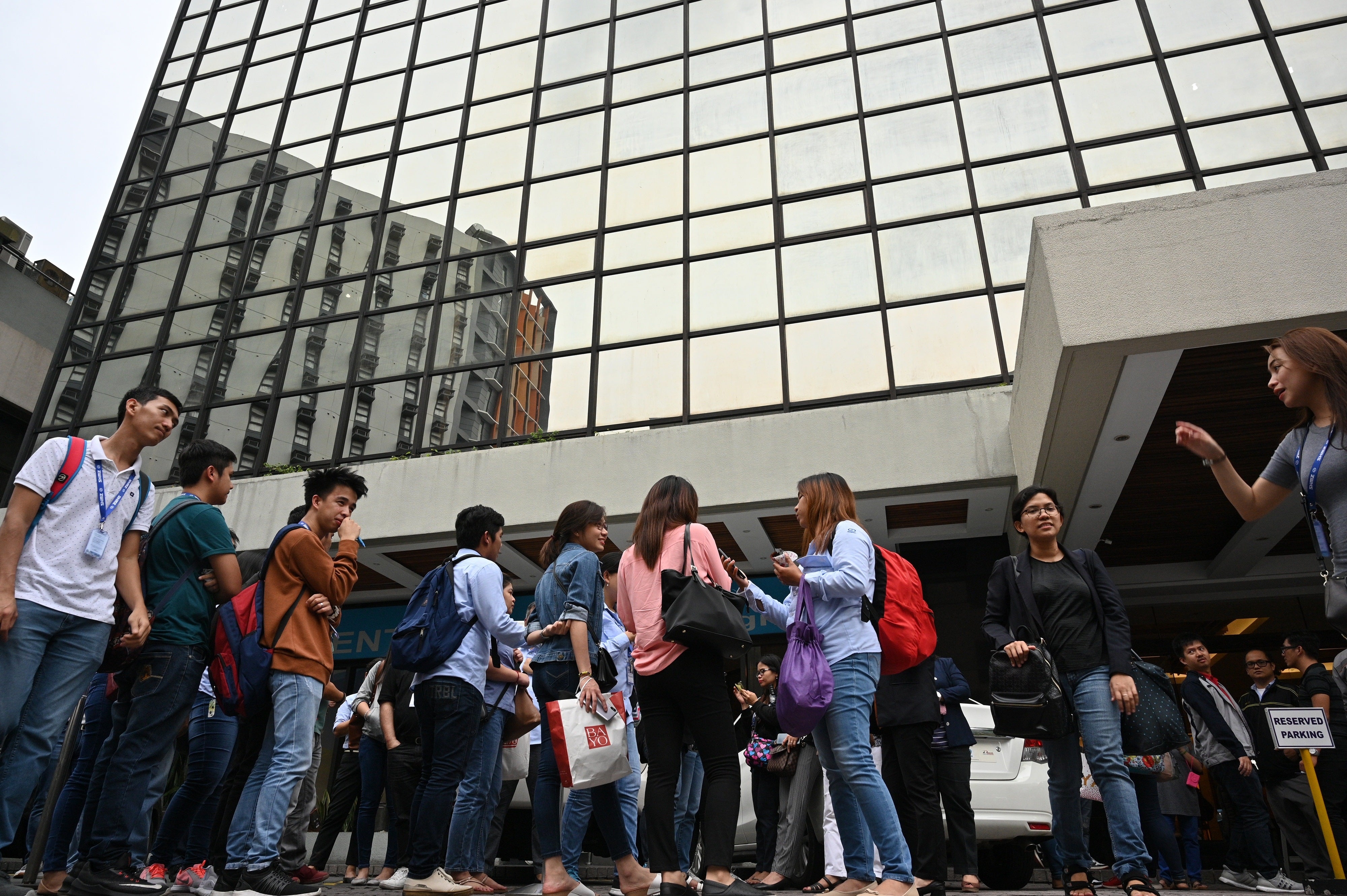 Office workers stand outside their building after a 5.2-magnitude hit Manila on September 13, 2019. (AFP)

MANILA, Philippines–An earthquake that shook a large swath of Quezon province and Metro Manila has produced aftershocks that jolted the Luzon areas anew.

About an hour after the 5.3 magnitude earthquake struck off Polillo Island in Quezon, a 4.7 magnitude quake hit 34 kilometers northeast of Burdeos, said the Philippine Institute of Volcanology and Seismology. Three smaller aftershocks also occurred.

Earlier, Phivolcs recorded a 5.1 magnitude quake but it was downgraded to 4.7.

There were no immediate reports of damage or injury from the latest quake that struck at a shallow depth of 11 km. 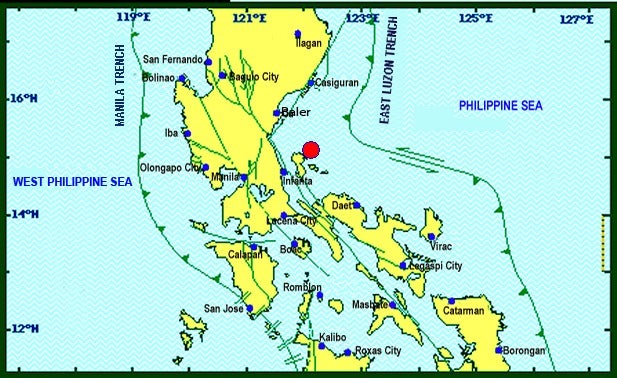