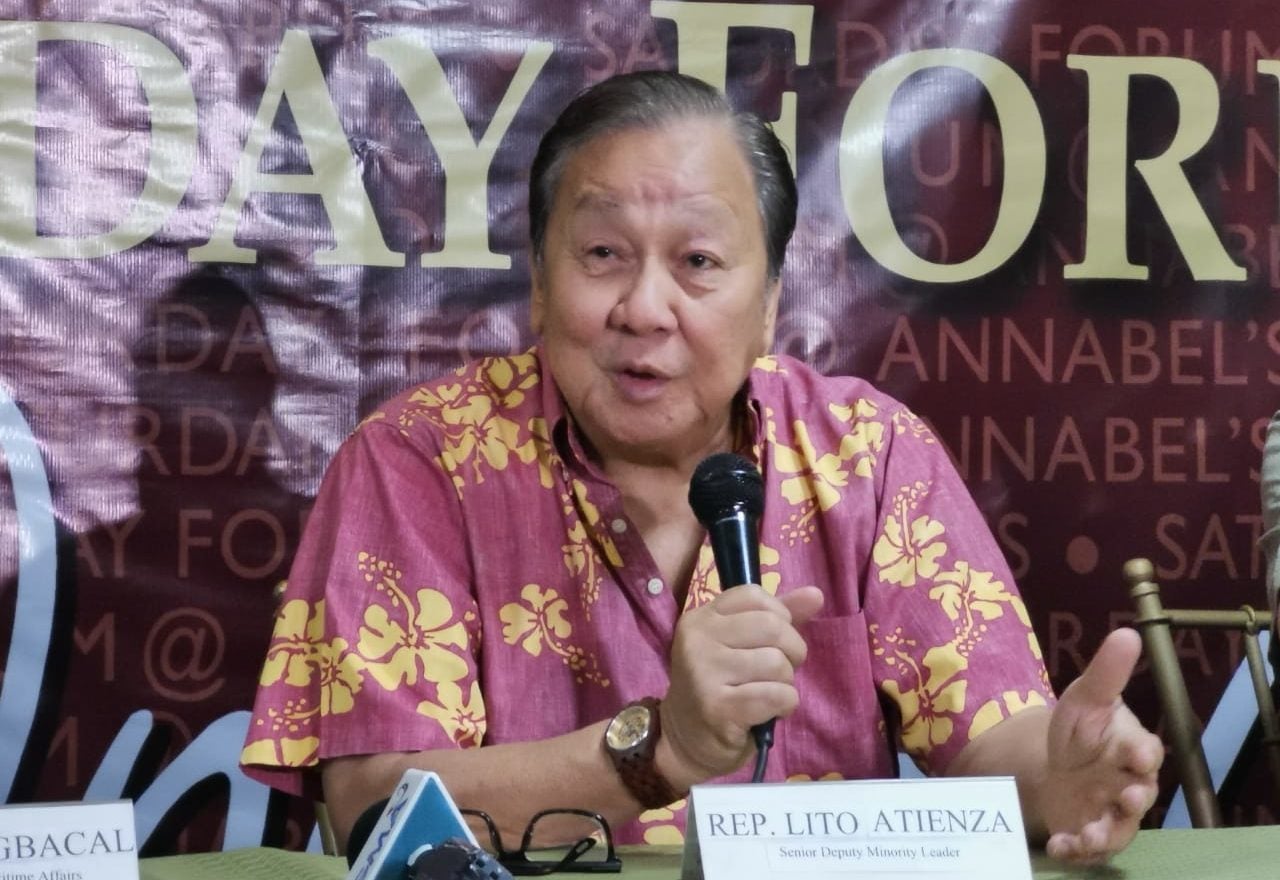 MANILA, Philippines–A party list lawmaker on Thursday called attention to the alleged manipulation of the representatives’ attendance record as the House began deliberations on the 2020 national budget.

Buhay Rep. Lito Atienza noted that many of his colleagues had again lapsed into absenteeism, which he said had forced the chamber’s secretariat to “doctor” their attendance record to make it appear that there was a quorum when various measures were tackled and approved in plenary.

“The House leadership seems to be more concerned about breaking a record, time element. But this haste is the main reason Congress has been able to pass laws that turn out to be deficient,” Atienza told reporters.

Atienza’s remarks were in reaction to an announcement by the House leadership that a “record high average” of 247 lawmakers were present for 18 session days, from the opening of the 18th Congress on July 22 up to Sept. 10.

According to a Sept. 11 statement from the House press and public affairs bureau, “this attendance record is unsurpassed, historic, and a testament to the determination and patriotism of the legislators, under the guidance and leadership of Speaker Alan Peter Cayetano.”

In the statement, Deputy Speaker Neptali Gonzales II commended fellow lawmakers for their “dedication to their legislative duties as shown by the impressive attendance record.”

“The high attendance of our colleagues reflects their discipline, hard work, deep passion and great interest to serve the people and enact priority laws that will give them a safe and comfortable life,” Gonzales said.

But Atienza, a member of the independent minority in the House, is unconvinced.

“What is glaring is that during the roll call, many House members respond,” he said. “But as the session goes on, the attendance starts to thin out. At certain point, even when only 25 members are left on the floor, they continue to pass measures, such as the budget.”

Instead of being “efficient and effective,” Atienza said, the House has been known to “cut short basic parliamentary requirements.”

He recalled how he had repeatedly complained about House members being asked to vote immediately on motions concerning the budget and yet they were given little time to read the documents.

“So what if we approve the budget if we do not do it properly, and hastily? Haste makes waste, and this is why we keep on passing laws that are lacking and raw,” Atienza said.

House members, he said, should stop the pretense of doing day-to-day deliberations on the budget when the leadership bars lengthy discussions.

Gonzales on Thursday denied that the House leadership is manipulating the attendance.

He explained that a roll call is made at the start of the session to establish a quorum. Those who answer the roll call are considered present and can vote on measures.

But there are congressmen who arrive after the roll call and they, too, are deemed present and can vote, Gonzales said.

Also deemed present but cannot vote are congressmen who are on official mission, he said.

Gonzales said congressmen must be physically present to vote.

“That is why the numbers change,” he said.

As for the budget delibertions, Gonzales said, “We have established a quorum on the first day of the budget hearing until we adjourn.”

But Atienza lamented that tampering with the House attendance has started to creep back, after it was supposedly eradicated in the 17th Congress.

“Members of [the House] will never run out of excuses on why they are not inside the session hall,” he said.

Atienza said he had maintained a “principled stand” of questioning the quorum during the plenary to train the 80 junior lawmakers in the proper conduct of legislative work.

“If we [tolerate] a Congress that is loose on its rules, one day we will wake up [to find] it  closed,” he said. —WITH A REPORT FROM CHRISTINE AVENDAÑO