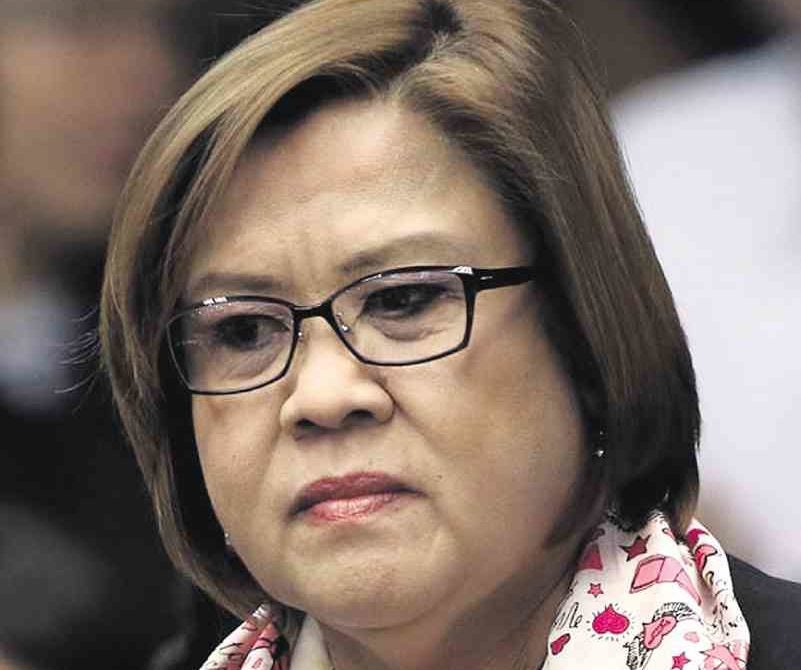 MANILA, Philippines – Senator Leila de Lima has taken offense at the way the Senate’s Blue Ribbon committee handled testimonies of Bureau of Corrections (BuCor) and National Bureau of Investigation (NBI) officials, saying that it appeared the hearing was, in fact, targeting her.

De Lima insisted on Thursday the accusations from BuCor officer-in-charge Rafael Ragos and NBI agent Jovencio Ablen that money sourced from inmates was delivered to her residence are nothing but pure lies.

However, De Lima said she took offense at the way committee chair Senator Richard Gordon and other fellow senators–Francis Tolentino and Panfilo Lacson–made the inquiry to veer towards her.

“I vehemently deny and deplore the accusations of certain fellow Senators, like Senators Gordon and Tolentino, and even Senator Lacson,” De Lima said in a statement from her detention cell in the Philippine National Police Custodial Center.

“I say they are the ones who accuse me because it was reported to me that they were practically the ones who testified for, if not guided the testimonies of Ragos and Ablen as presented by Sen. Lacson, who, I was told, asked primarily leading questions,” she added.

Earlier, a Philippine Daily Inquirer report said that Gordon tried to push the theory that De Lima had used the good conduct time allowance (GCTA) issue as a money-making scheme.

“It was also reported to me that Ragos did not even have to narrate his testimony. Rather than questioning Ragos and Ablen to let them testify, it was Sen. Gordon himself who read out loud the false and malicious imputations against me,” De Lima said.

“Ragos and Ablen ended up mechanically confirming what Sen. Gordon read. Sen. Tolentino even attempted to have Ragos confirm prior fake stories which were already debunked,” she claimed.

The GCTA issue was brought to light after it was reported that former Calauan Mayor Antonio Sanchez was supposed to be among the 10,000 inmates that would be released from prison.

After the issue blew up, it was found out that of the 22,049 inmates freed through  Republic Act No. 10592, 1,914 were convicted of heinous crimes.  De Lima, as former Justice secretary, and former Interior Secretary Mar Roxas have been asked by the Office of the Ombudsman to explain why heinous crime convicts are not disqualified from the grant of GCTA.

De Lima is currently detained on charges she allowed the drug trade inside the New Bilibid Prison (NBP) when she was Justice secretary during the Aquino administration. The NBP is under the care of BuCor, an attached agency of the Department of Justice.

The lady senator claims that her arrest is merely due to her opposition of President Rodrigo Duterte’s approach to the drug menace, and to her move to probe extra-judicial killings when Duterte was still Davao mayor.

Ragos was one of the witnesses who testified against De Lima before the Regional Trial Court in Muntinlupa City.

“These two (2) NBI official/personnel previously gave perjured testimonies against me during the 2016 House Justice Committee hearings and also in the ongoing trial in my drug cases pending before the Regional Trial Court of Muntinlupa,” De Lima said.

“They were lying then. They continue to do so, under the direction of Duterte and his operators,” she added.

De Lima: People know who are the real victims of political persecution