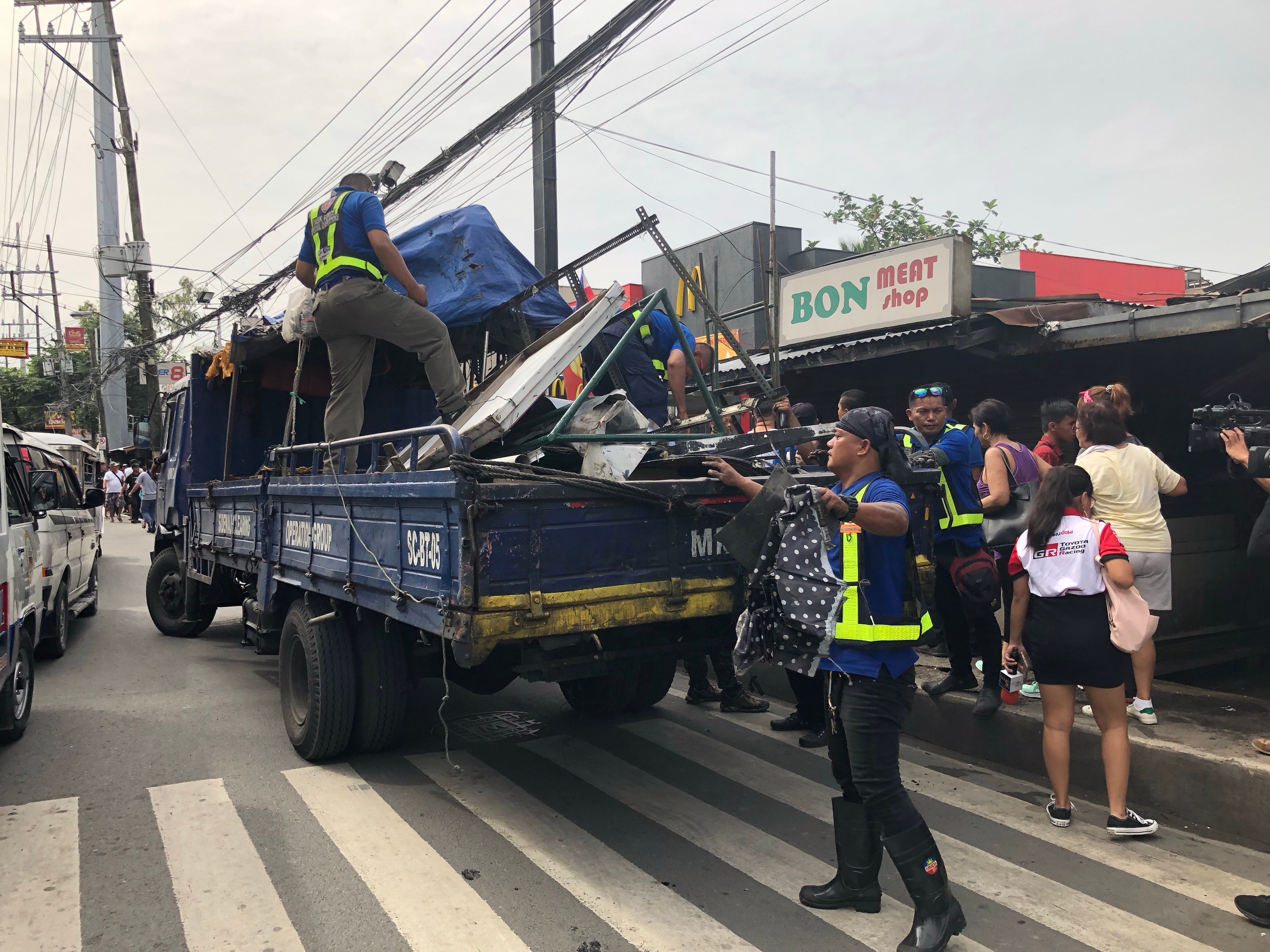 MANILA, Philippines–Of the 17 Metro Manila local government units (LGUs), six have cleared of all obstructions “100 percent” of the primary and secondary road in their areas, beating the 60-day deadline set by the Department of the Interior and Local Government (DILG).

This was the gist of a Sept. 4 report submitted by Lea Evangelista, local government officer of the DILG-Local Government Monitoring and Evaluating Division, to Maria Lourdes Agustin, DILG National Capital Region (NCR) director.

Officials of the cities of Caloocan and Parañaque, on the other hand, reported clearing 97 percent and 96 percent, respectively, of the streets under their jurisdiction.

Muntinlupa City posted a clearance rate of 88 percent while Taguig City reported 75.7 percent. Malabon and Mandaluyong both had 75 percent while it was 65 percent for Pasig City.

The report did not indicate the percentage of cleared roads for Manila and Pasay cities while San Juan and Quezon City had yet to submit their consolidated reports.

Evangelista said that by Sept. 4, all the LGUs in Metro Manila had cleared a total of 195,103 meters of roads and 224,1172 meters of sidewalks. These were all in compliance with President Duterte’s order for Metro mayors to reclaim all public roads within 60 days—a deadline that will expire on Sept. 29.

Jonathan Malaya, DILG spokesperson, told the Inquirer that the information in the report was based on the data submitted by the different Metro LGUs. He said that these were all still subject to verification.

In a statement, Makati Mayor Abby Binay said she was “heartened” by the report, which gave credit to their efforts. “As early as 2017, we started to conduct road clearing operations on a daily basis, which gave us a good headstart,” she added.

As for Las Piñas Mayor Imelda Aguilar, they were done with the clearing operations “during the first month … since we [had] been doing this [even] before the President’s directive.” —WITH A REPORT FROM JEANNETTE ANDRADE