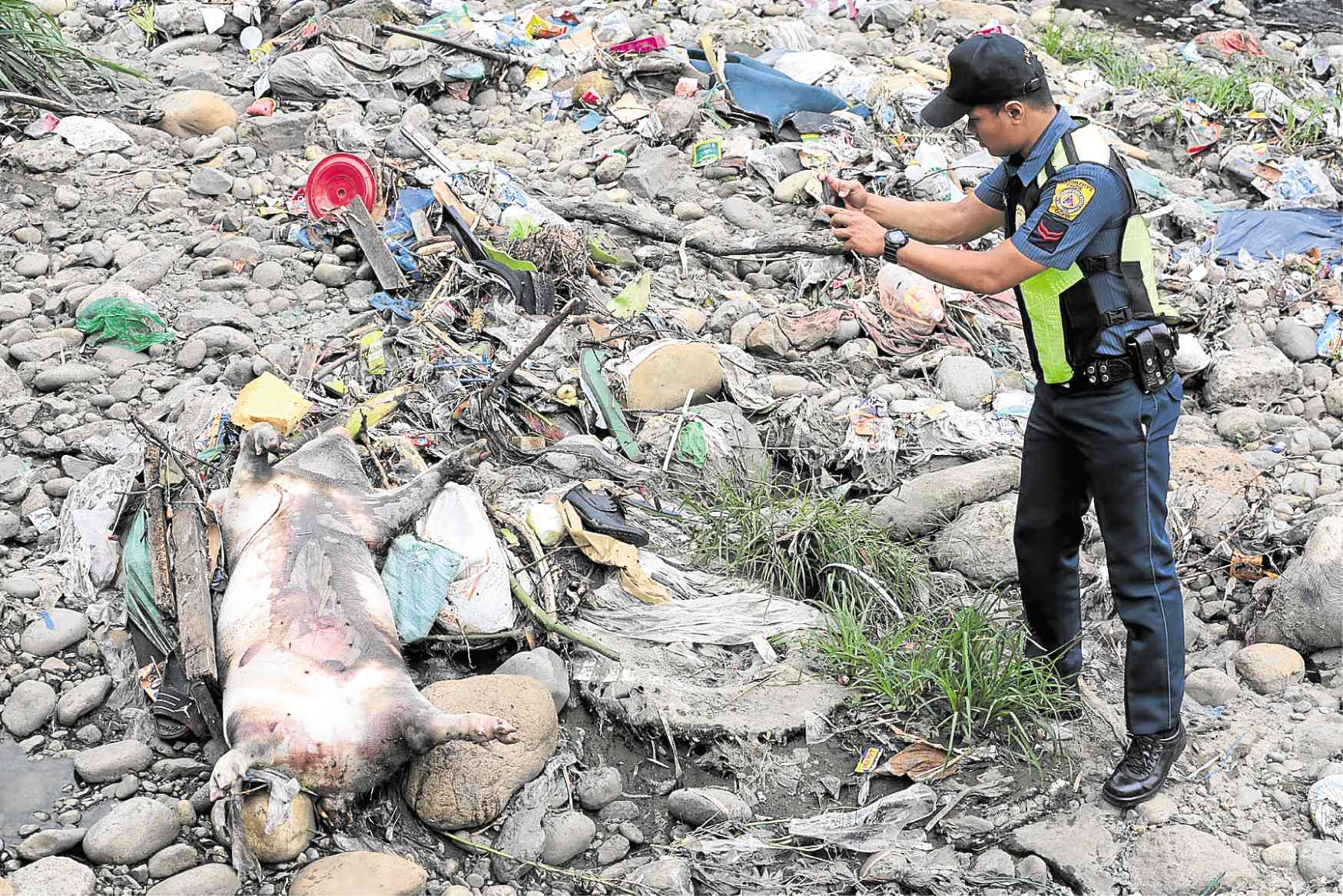 MANILA, Philippines–A day after three dead pigs were found in a Quezon City creek, at least 16 more were spotted floating on Marikina River, the city’s veterinary department said on Thursday.

The Marikina local government asked the Department of Agriculture (DA), which recently announced that 14 of 20 blood samples from pigs here had tested positive for African swine fever, to investigate where the animals came from.

Mayor Marcelino Teodoro noted that the city had no slaughterhouses or piggeries, unlike Quezon City, where Mayor Joy Belmonte had ordered the shutdown of all backyard piggeries after the disease was reported in Rizal province.

According to Teodoro, the carcasses could have been carried upstream on the river, which runs through Rodriguez and San Mateo before reaching Marikina.

The first of the pigs was spotted at 8 a.m. on Thursday on the section of the tributary near Marikit-Na, the white statue of a woman who was said to have drowned in the river.

By 2 p.m., several more were found trapped by heaps of garbage on the riverbank near Bayabas Street, Barangay Nangka. Two carcasses were also retrieved under the chapel in Barangay Kalumpang.

Eight other dead pigs, however, were still floating on the river, according to chief veterinarian Manuel Carlos. Altogether, 16 pigs had been spotted by Thursday afternoon.

The veterinary department said it would have the pigs tested for swine fever because the DA wanted these buried immediately.

Agriculture Secretary William Dar earlier told the public there was nothing to fear from eating local pork products.