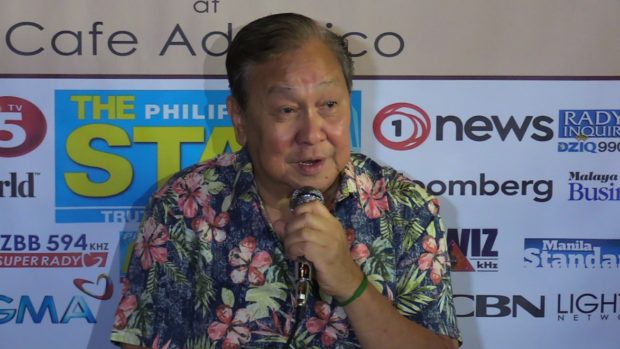 MANILA, Philippines — With the current pace and procedure of deliberations on the proposed P4.1-trillion 2020 budget in the House of Representatives, a party-list lawmaker has warned that the bill could be “half-cooked or maybe defective in many ways” when it is approved.

Buhay Rep. Lito Atienza Jr. on Thursday pointed out that during plenary deliberations on the proposed 2020 budget, there are times that a quorum has not even been established.

Atienza bared that some congressmen “doctor” their attendance during the session’s roll call to make it seem that they are present during the deliberations.

“Kapag wala ng members enough to form a quorum, anything that is handled and tackled by the body is questionable, and illegal probably because hindi inaprubahan ng quorum,” he said.

“We don’t want it again to be the malpractice of our legislative processes,” he said.

Aside from the issues on quorum, Atienza also bared that lengthy interpellations on the budget is discouraged.

Atienza questioned the priority of the current leadership of the chamber so as to justify “cutting short basic procedures and requirements.”

“Itong leadership natin, mukhang mas concerned siya sa breaking records and breaking time elements. So what if we approve the budget if we do not do it properly and hasty?” he pointed out.

“The danger of passing, not only the budget, but laws which are half-cooked and maybe defective in many ways is a great probability because lack of strict adherence to the rules,” Atienza added.

The House started plenary deliberations on the 2020 budget on Tuesday. The House appropriations committee only took two weeks to scrutinize and approve the proposed P4.1-trillion national budget.

The chamber aims to approve the budget by Oct. 4. /jpv