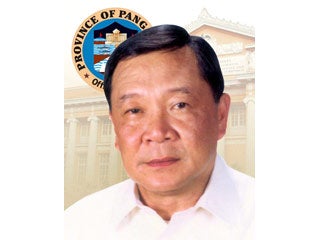 MANILA, Philippines — Former Pangasinan Gov. Amado Espino Jr. has been receiving death threats prior to the ambush incident wounding him and killing one of his police escorts, investigators said on Thursday.

Maranan said they gave Espino added security because of the threats that the latter has been receiving.

On Wednesday afternoon, Espino and his four bodyguards survived after unidentified armed men opened fire at their vehicle. One of Espino’s police security aide, Police Staff Sgt. Richard Esguerra, was killed on the spot.

Maranan said Espino and the other wounded aides are now in stable condition and are out of danger.

Maranan said they are still conducting further investigation and completing pieces of evidence to determine the motive behind the ambush.

READ: Ex-Pangasinan gov now out of danger after ambush