Of ‘tilapia’ and women: More money-making schemes inside Bilibid exposed

MANILA, Philippines—Former and current officials of the Bureau of Corrections (BuCor) exposed during a Senate hearing on Thursday the alleged “money-making” schemes inside the New Bilibid Prison (NBP).

Among those who narrated the alleged corruption in Bilibid was former BuCor  officer-in-charge Rafael Ragos.

Ragos was among those who testified against Senator Leila de Lima, who has been detained over drug charges.

“Tilapia,” Ragos said, is a code name for a woman. He was referring to women spending nights inside Bilibid for a fee.

Ragos said high-profile inmates are paying P30,000 for every “tilapia” for an overnight stay inside the Bilibid.

Some of these women, he said, later become either a girlfriend or a wife of these high-profile inmates.

And these women of high-profile inmates would also end up victims of kidnapping allegedly orchestrated by their fellow inmates and their police-friends outside the Bilibid.

And this kidnapping becomes the second money-making scheme in the Bilibid.

Ragos explained that the inmates’ girlfriends or wives would be abducted once they stepped outside the Bilibid. 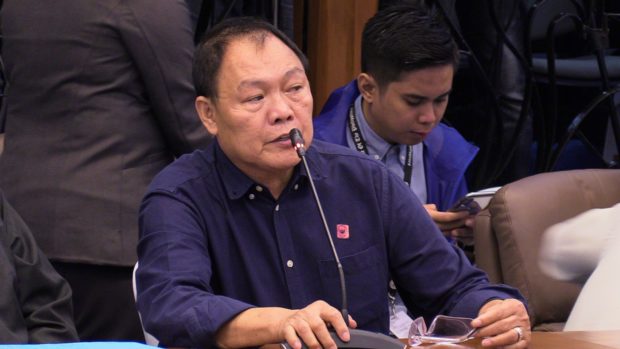 He said the victims would be eventually freed after paying ransom amounting to P200,000 or more.

Aside from “tilapia” and kidnapping rackets, Ragos also disclosed that a building or a kubol in Bilibid was being used for  gambling activities of inmates.

“May isang building dun, halos 24 hours ang sugalan nila dun. Marami kasing pera sa loob eh,” he said but could not say how  much money was paid to officials to allow such activity to persist inside the NBP.

Even the food allowance for inmates had become the source of corruption in Bilibid.

During his time, Ragos said a friend would give P800,000 a month for the office of the BuCor’s chief.

At the start of  the hearing, BuCor’s legal chief Frederick Anthony Santos, also admitted there is corruption at the NBP.

“Is there corruption in the BuCor whether petty or large scale?” Lacson asked.

“There is…”  Santos  said, citing as example a jail guard or a keeper, who received P500 to P1,000 from an inmate caught to be using a cellphone.