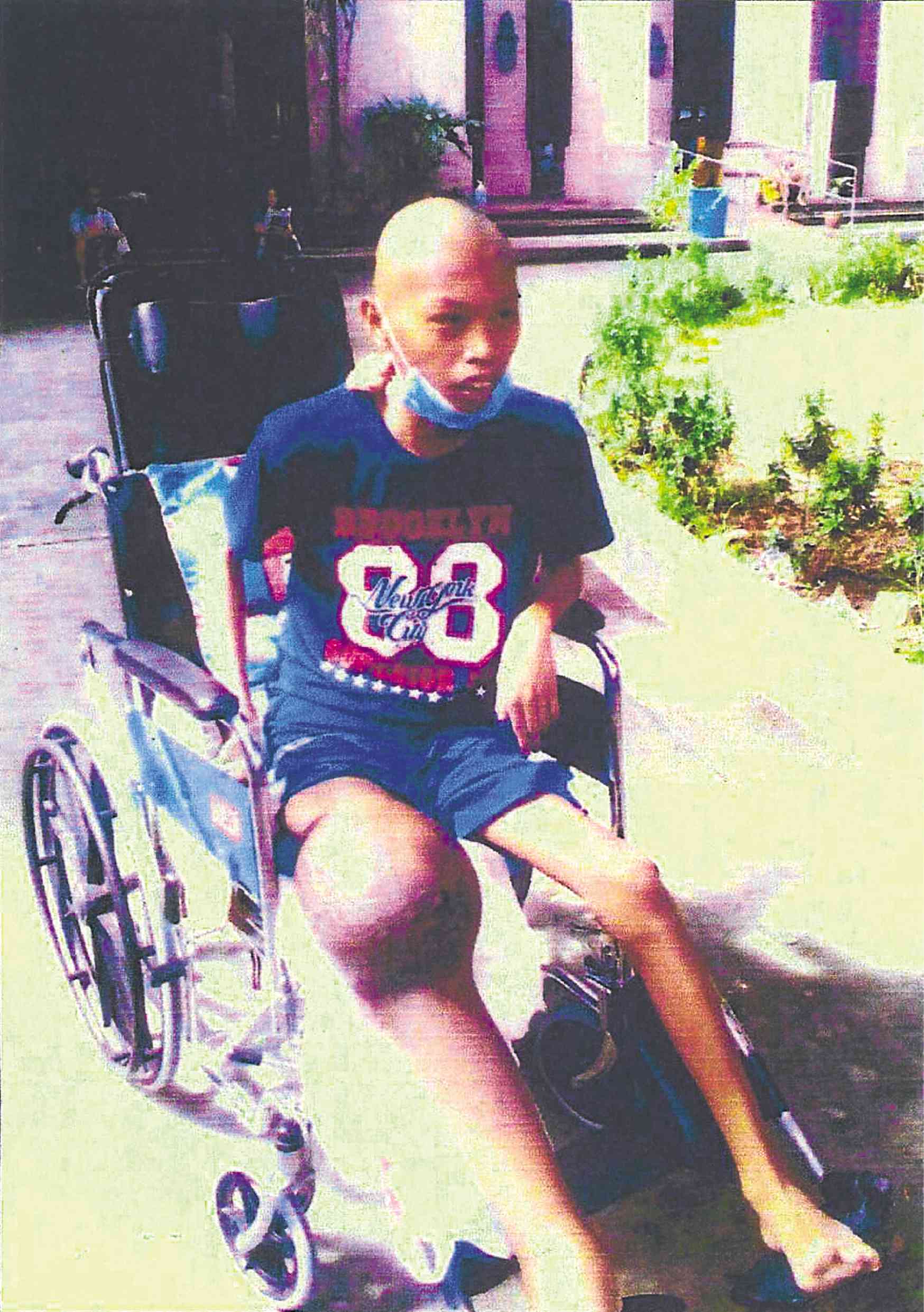 “The X-ray results showed a small crack in his bone so he walked with the help of crutches. But after three weeks, the crack became bigger and his knee was swollen,” said Cane’s father, Arnold.

Arnold told the Inquirer that the staff at one of the hospitals in Butuan City where his son was taken referred them to the Philippine General Hospital (PGH) in Manila.

Cane immediately started  chemotherapy treatment but after his fourth session, his leg was amputated because a CT scan indicated that the cancer cells had spread to his lungs.

“Although we’re heading for his seventh chemotherapy, he needs an operation to remove a lump in his lungs before it grows bigger,” Arnold said.

The family will need to raise P60,000 for the operation in addition to P294,000 for Cane’s last six chemotherapy sessions. Each session costs P49,000.

Cane will undergo a checkup at PGH on Sept. 16, a day after his 18th birthday.

“I am asking your readers for help. I have five other children. I have asked my eldest to stop attending college for the meantime because we have a more pressing problem,” said Arnold, who is a lineman in Davao City.