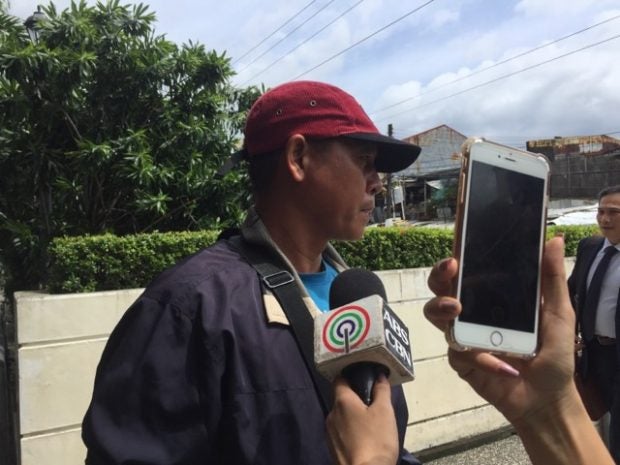 Efren Espartero, the driver-security aide of slain businessman Dominic Sytin, leaves the court in Olongapo City after taking the witness stand during the resumption of the murder trial. (Photo by Joanna Rose Aglibot)

OLONGAPO CITY — The driver-security aide of slain businessman Dominic Sytin on Wednesday took the witness stand as a local court resumed its trial on the murder of the founder and CEO of United Auctioneers Inc.

Efren Espartero was with Sytin during the attack in front of a hotel inside the Subic Bay Freeport in 2018.

Sytin died on the spot when a lone gunman pumped bullets into his head, chest and foot. The attack left Espartero wounded.

Confessed gunman Edgardo Luib had pleaded guilty to killing Sytin during his arraignment on Aug. 28.

Luib, in his sworn statement, detailed how the killing of Sytin, 51, was planned as he claimed that Dennis had ordered the hit against his older brother. Luib also tagged Fuentes in the killing.

Dennis, however, denied this and said that Luib was a “complete stranger” to him.

Both Dennis and Fuentes remain at large.

Senior Deputy State Prosecutor Richard Anthony Fadullon said Espartero pointed to Luib, who was inside the court, when asked by Paradeza to identify the assailant.

“[Espartero] was very certain that Luib was the one who shot him and Sytin,” Fadullon told reporters after the hearing.

Fadullon described Espartero as “one of the most credible persons in the case.” /lzb