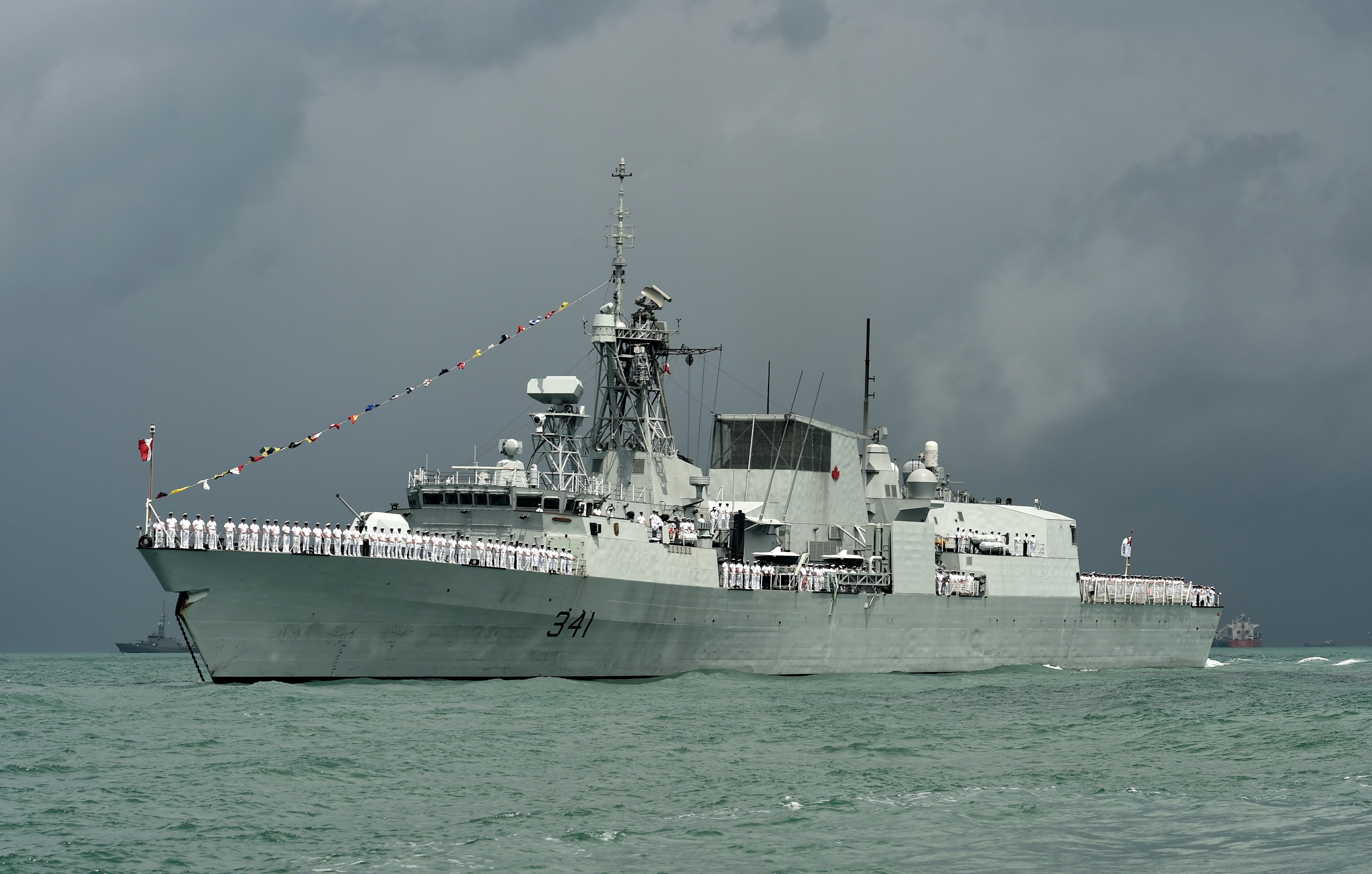 Crew members onboard the Royal Canadian Navy Halifax-class frigate, HMCS Ottawa wave during the inaugural maritime review along the strait near Changi Naval Base in Singapore on May 15, 2017. (Photo by ROSLAN RAHMAN / AFP)

BEIJING — China Wednesday questioned Canada’s “intentions” behind sending a warship to traverse the Taiwan Strait, amid frosty relations between Beijing and Ottawa.

A Canadian frigate passed through the strategic waterway on Tuesday in a “freedom of navigation” operation, Taiwanese authorities said, the latest such voyage by a Western navy to anger Beijing.

China views any passing through the narrow channel separating Taiwan and the Chinese mainland as a breach of its sovereignty — while the US and many other nations see the route as international space.

“The Chinese side does not limit the normal passage of foreign warships through the Taiwan Strait,” Chinese foreign ministry spokeswoman Hua Chunying said at a regular briefing.

“But I don’t know what special intentions the Canadian side has in deliberately making high-profile announcements about its warship (crossing the Taiwan Strait).”

Taiwan has been run as a de facto independent nation for the last seven decades but Beijing sees the democratic island as part of its territory awaiting reunification, by force if necessary.

“We hope that Canada will demonstrate its respect for China’s sovereignty and security through practical actions,” Hua said.

Canada’s de facto embassy in Taipei said in a statement Monday that sailing through the strait is “the most practical route” between South Korea’s Pyeongtaek and the Thai capital Bangkok.

“The HMCS Ottawa’s current deployment is consistent with past Royal Canadian Navy practice and international law,” it added.

In June, a Canadian frigate and its supporting vessel also sailed through the Taiwan Strait.

Relations between China and Canada have deteriorated since December when police in Vancouver detained Huawei chief financial officer Meng Wanzhou on a U.S. arrest warrant over charges of Iran sanctions violations.

Days after her arrest, China detained two Canadians — a former diplomat and a businessman — and later accused them of espionage-related actions in what is seen as a tit-for-tat move.