New law: UP can sell parts of Krus na Ligas to QC gov’t 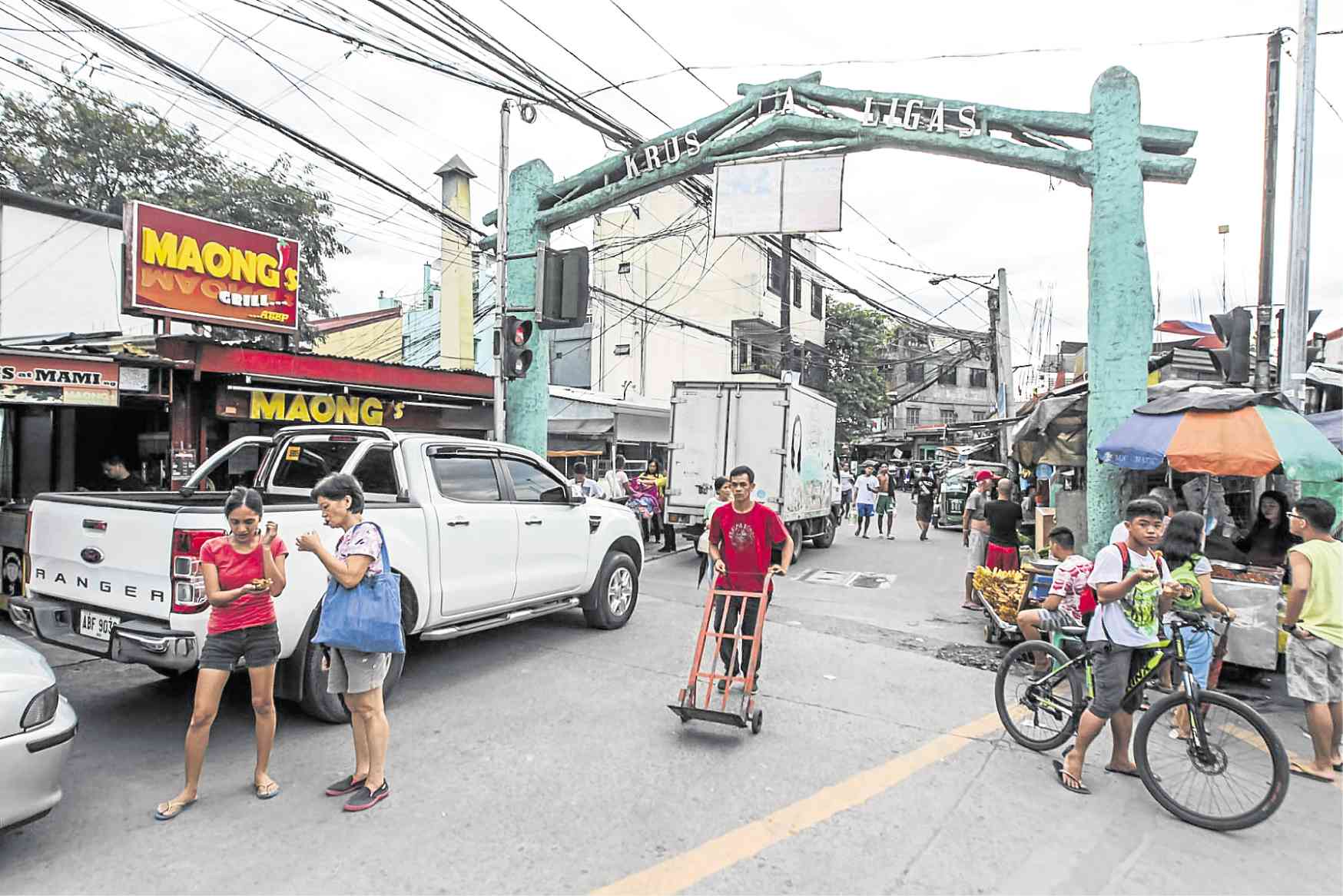 LONG WAIT IS OVER Legitimate residents of Barangay Krus na Ligas in Quezon City, shown in this November 2017 photo, can now own the land they’ve been occupying for not less than 30 years under a law signed by President Duterte on Aug. 30. —LEO M. SABANGAN II

MANILA, Philippines — President Rodrigo Duterte has signed a law allowing the University of the Philippines to sell 22 hectares of land in its Diliman campus to the Quezon City government for eventual transfer to legitimate residents.

The university would “strive to implement it within the prescribed period,” UP vice president for public affairs Elena Pernia said.

Republic Act No. 11454, signed on Aug. 30, amends the UP Charter by declaring Barangay Krus na Ligas a piece of disposable land for housing and urban settlement to allow its sale to legitimate residents.

The law authorizes UP to sell, dispose and transfer ownership of certain parcels of land in the barangay to the city government at a fair market price.

It also mandates the city government to form a technical working group (TWG) to determine the legimate residents and “subsequently transfer” the property to them.

The TWG will also assist UP in relocating the other settlers in the remaining property adjacent to these parcels of land.

“The new law was proposed by the Quezon City government to the House of Representatives to address the problems of the residents of Krus na Ligas,” Pernia said in a statement.

There are 54 parcels of land covering 22.467 hectares in Krus na Ligas, which were included in the 497 hectares of the UP Diliman campus when it was established in 1949.

This effectively turned the residents into illegal settlers, resulting in the filing of several court cases to secure legal ownership of the parcels of land.

RA 11454 also specifies that the legitimate residents can only sell or convey the parcels of land to their legal heirs.

“Should the legitimate residents unlawfully sell, transfer or otherwise dispose his or her lot to any right therein, the transaction shall be null and void,” it said.

If the legitimate resident dies ahead of full ownership, the heirs will acquire ownership when they assume all the obligations. Otherwise, the land will revert to the city government, according to the law.

RA 11454 also provides that ownership of the parcels of land will not be transferred to the city government until UP is paid in full.

The authorization to sell the property will be revoked if both UP and the city government fail to agree on the terms and conditions of the sale within one year from the effectivity of the law.

The sale will be exempt from all taxes and impositions.

Upon acquiring ownership of the parcels of land, the city government is required to immediately fence off the property and separate it from other areas owned by UP. —With a report from Mariejo Ramos

Read Next
News Briefs: Sept. 11, 2019
EDITORS' PICK
UP-PGH wards for COVID-19 patients finished in 5 days
Cebu City closes its borders
IATF: Food firms to operate with 50% of workforce during Luzon quarantine
BREAKING: 1,075 people in PH has coronavirus disease – DOH
Style and music journeys with Claudia Barretto
DILG to stranded workers: ‘Stay where you are’ until Luzon-wide quarantine is over
MOST READ
Pacquiao to seek probe on leaked private letter from Barangay Dasmariñas
All 3 COVID-19 positive patients in Bicol sent home
Nurse who assisted patient ‘PH744’ in Nueva Vizcaya tests positive for COVID-19
No more bread? Company forced to limit production
Don't miss out on the latest news and information.