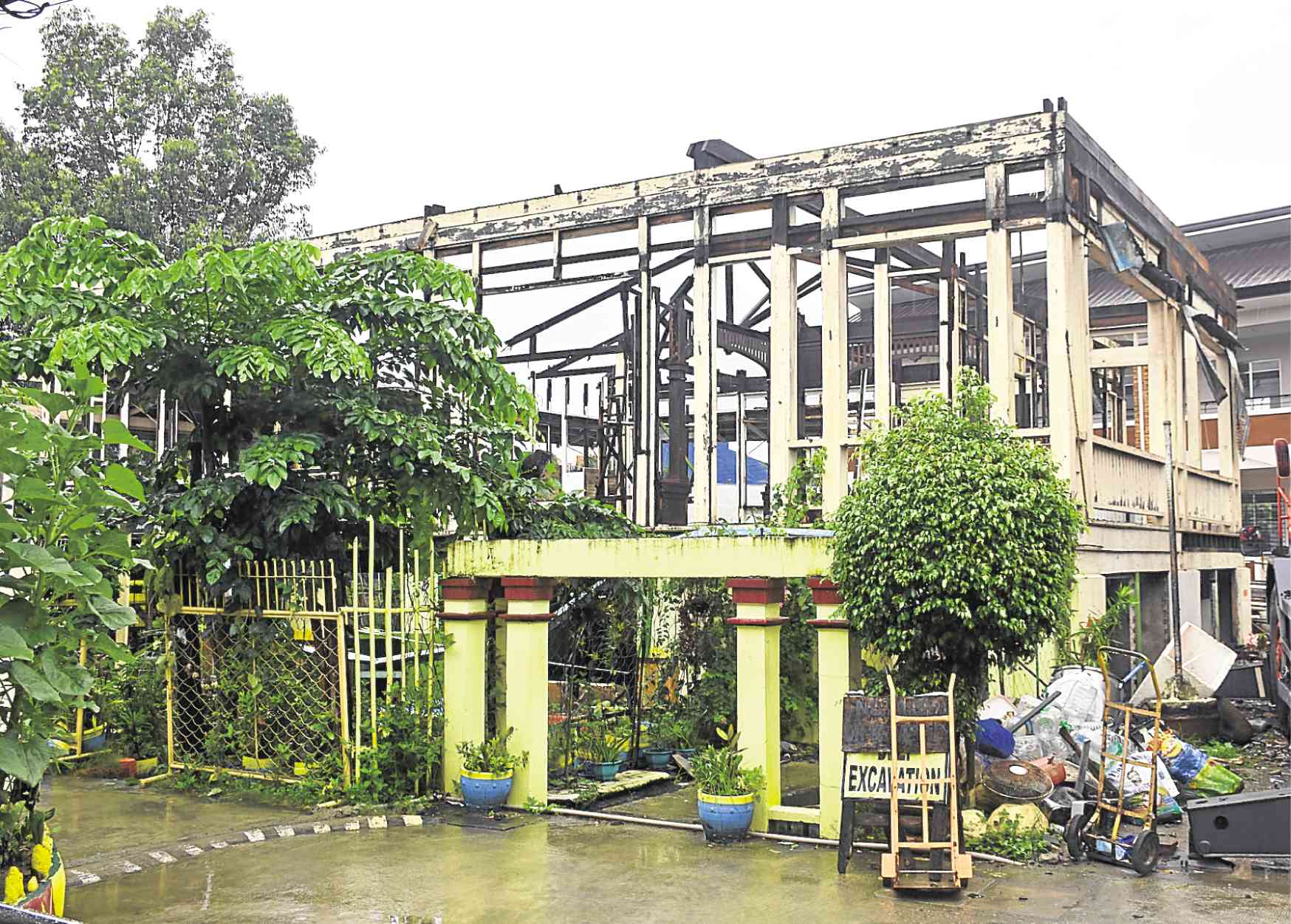 STRIPPED In this photo taken on Sept. 8, only the pillars and beams of the MacArthur house remain after workers stripped the structure of its roof and wooden floors and panels. The Department of Education, which owns the property, has started restoration work as part of its heritage preservation program. —WILLIE LOMIBAO

Lim issued the order after some historians and local officials raised their opposition to the DepEd’s move and after finding that the project has no permit from the city engineering office.

According to DepEd officials, the project is under the agency’s Heritage School Building Restoration program, which aims to preserve Gabaldon buildings and other heritage houses owned by the agency.

Gabaldon buildings are schoolhouses built during the first decades of the American colonial rule. These structures were designed by American architect William Parsons and funded through Act No. 1801 authored by Isauro Gabaldon, a former Nueva Ecija governor and lawmaker.

“We issued the stop order as we want to get further information from the DepEd and the contractor as negative reports about the project are [circulating] over social media,” Lim said.

According to Lim, the local government is mediating between the DepEd and individuals who resented the reported restoration of the building that houses the home economics classrooms at West Central Elementary School.

He also asked the DepEd to secure the historical items housed inside the building.

The building, located at the West Central Elementary School compound, was where MacArthur and his soldiers proceeded after landing at Bonuan Blue Beach on Jan. 9, 1945.

It was known to be his second landing, a brief trip that fulfilled his promise to return and liberate the Philippines from Japanese occupation after he landed at the Gulf of Leyte on Oct. 20, 1944.

The building has a floor area of 100 square meters and was built mostly of wood with a roof that was made of GI sheets.

Found in the building is the famous freestanding bathtub, which historians believed served as a welcome sight for MacArthur after riding a jeepney and walking through the dusty roads of Dagupan from Bonuan Blue Beach.

It also housed a China cabinet, a dresser and other historical items.

It may have survived bombardment by American naval forces that damaged many structures in the city in 1945.

But after 74 years, it showed signs of neglect and deterioration and needed to be restored.

The building needed to be raised as the ground floor became a catch basin of sorts as the school ground and other buildings have been backfilled, DepEd officials said. 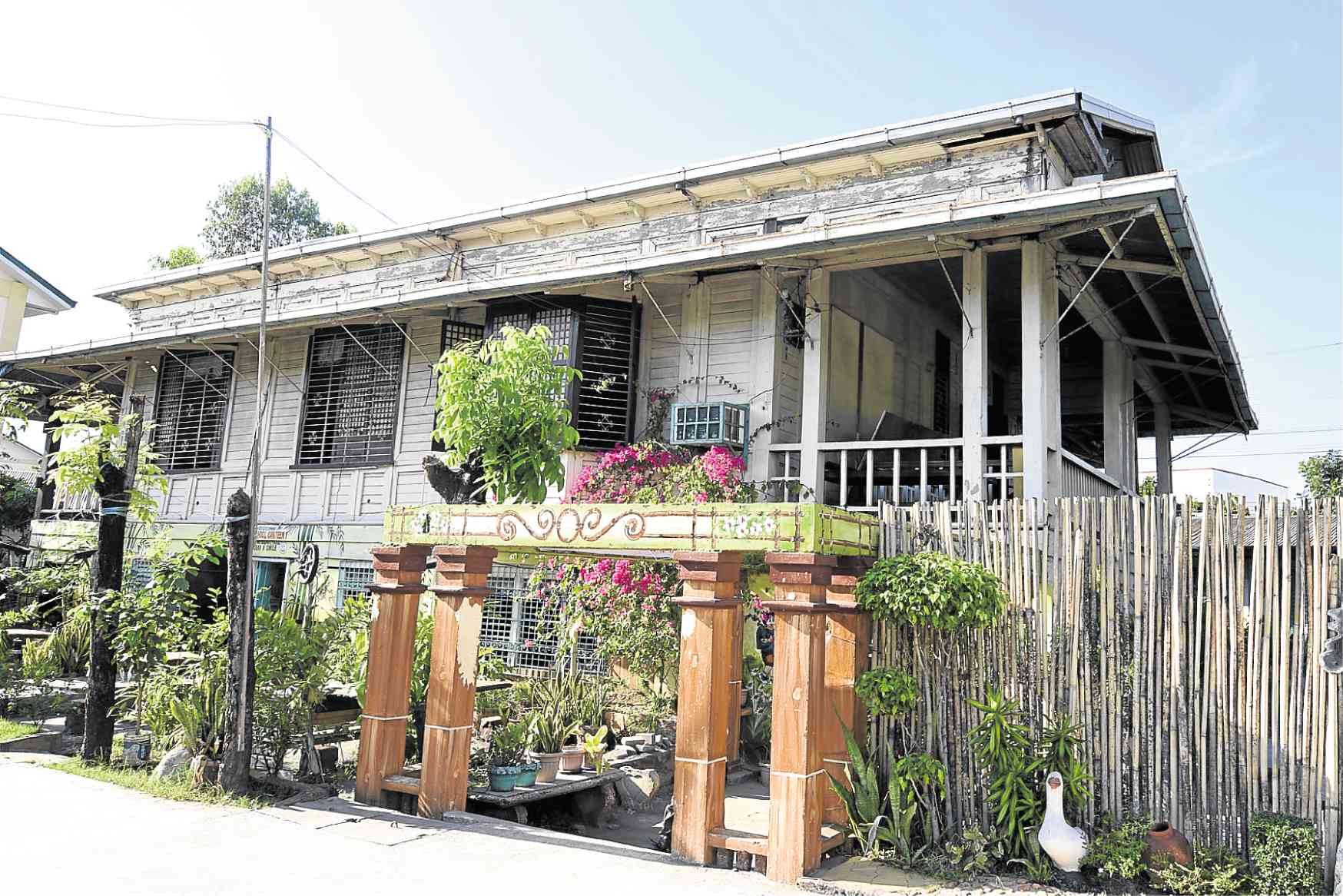 GENERAL’S HEADQUARTERS American Gen. Douglas MacArthur used the home economics building at West Central Elementary School in Dagupan City (photo taken in 2017) as his headquarters after his troops landed at Lingayen Gulf and advanced into Luzon in January 1945. —WILLIE LOMIBAO

Fourth District Rep. Christopher de Venecia, in a statement on Monday, said he was bothered by the dismantling of the building.

De Venecia said the city council had declared the building a heritage site.

According to the lawmaker, he would hold the DepEd accountable for any disrespect in the supposed restoration of the building, and that he was ready to call for congressional investigation if needed.

He said he wanted to know if DepEd officials violated provisions in the law in restoring the historical landmark.

“Did the DepEd coordinate with the National Commission for Culture and the Arts or the National Museum in restoring the building?” De Venecia asked.

De Venecia wanted to develop the MacArthur Building as a historical destination in the province.

He was also one of the authors of House Bill No. 5577, or the Gabaldon School Buildings Conservation Act, which aims to preserve the architectural, historical and social aspects of the building erected from 1907 to 1946.