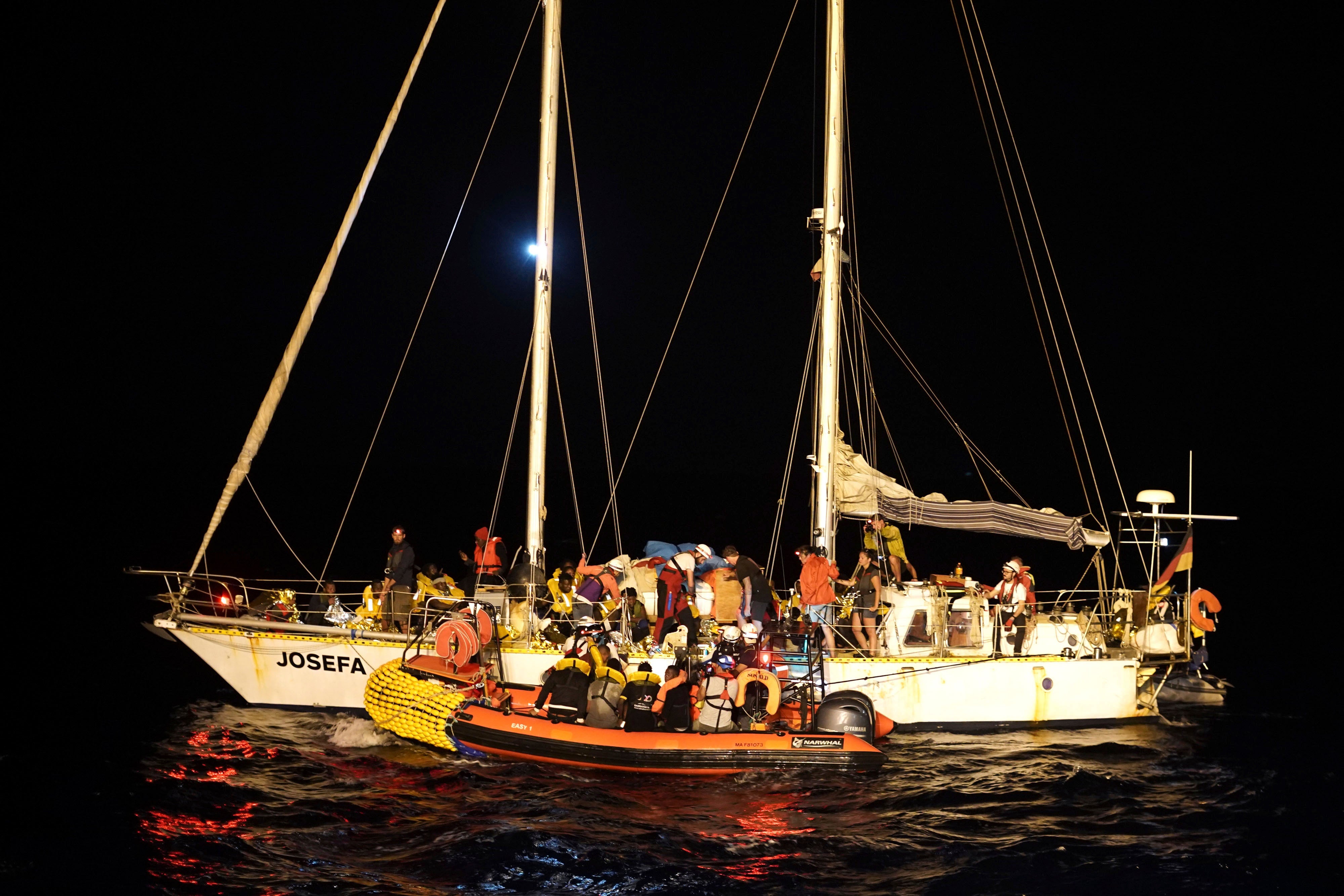 Migrants are transferred onto a dinghy from a 14-meter sailboat Josefa, run by the group Resqship, after being rescued near the Bouri Oil Fields, to be taken onto the humanitarian ship Ocean Viking, in the Mediterranean Sea, late Monday, Sept. 9, 2019. Thirty-four migrants including women and the small child who were rescued by the German sailboat have been successfully taken aboard the humanitarian ship in international waters north of Libya despite a thunderstorm. (AP Photo/Renata Brito)

ABOARD THE OCEAN VIKING  — Thirty-four migrants including women and a small child who had been rescued by a German sailboat were successfully transferred to a larger humanitarian ship during a thunderstorm in international waters north of Libya.

The transfer happened late Monday about 120 kilometers (75 miles) off the Libyan coast, near the Bouri offshore oil field.

The 22 men, six women and a 1-year-old boy had been rescued earlier in the day from a rubber boat with a broken engine by the crew of a 14-meter-long sailboat operated by the German charity Resqship.

Wrapped in shiny thermal blankets, the migrants were transferred in pouring rain to the much larger Ocean Viking after the sailboat declared a state of emergency.

An Associated Press journalist aboard the Ocean Viking, a Norwegian-flagged ship run jointly by SOS Mediterranee and Doctors Without Borders, witnessed the operation.

There are now more than 80 migrants on the ship, which rescued 50 others over the weekend.  /muf