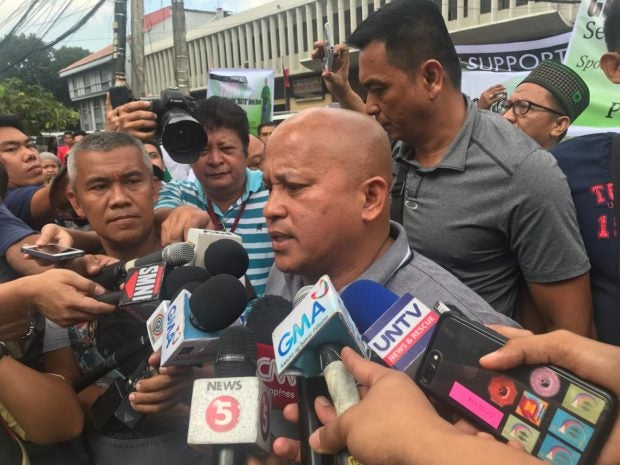 MANILA, Philippines—Senator Ronald “Bato” Dela Rosa believes that the reimposition of the death penalty can “cure” everything.

Dela Rosa aired this sentiment when asked in an interview over ABS-CBN News Channel on Tuesday if former Calauan Mayor Antonio Sanchez should be qualified for early release through the good conduct time allowance law (GCTA).

Sanchez was convicted for raping and killing University of the Philippines-Los Baños student Eileen Sarmenta, as well as the murder of her friend and schoolmate Allan Gomez in 1993.

“To simplify everything, restore death penalty para matapos na yang lahat,”  added the senator, who has filed a bill seeking the reimposition of the capital punishment.

Dela Rosa, who served as head of the Bureau of Corrections, was dragged  into the controversy surrounding the implementation of the  GCTA law.

But Dela Rosa insisted that the release order was in accordance with the law and its implementing rules and regulations. /jpv

Dela Rosa on early release of convicts: Why blame us?