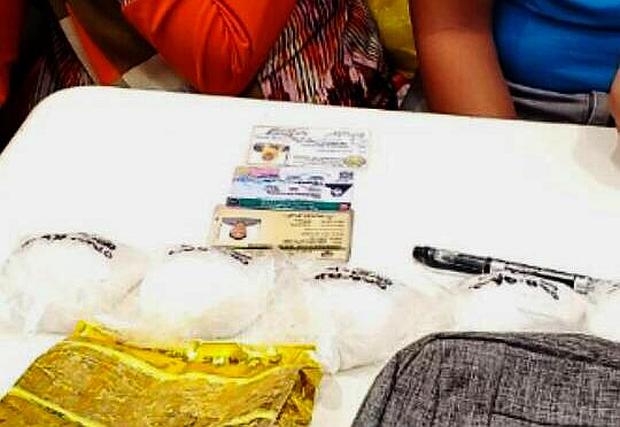 Authorities seized 500 grams worth of crytal meth from the suspects. (Photo from PDEA)

MANILA, Philippines – At least 500 grams of crystal meth, or “shabu,” worth P3.4 million were seized from three suspected drug pushers during a buy-bust operation inside a mall in Pasay City on Monday.

According to the Philippine Drug Enforcement Agency (PDEA), suspects Asraf Lomngcolob, Raimona Macasapak, and Basit Batua were arrested by combined elements from the PDEA regional offices in Calabarzon and Bangsamoro Autonomous Region of Muslim Mindanao and Pasay City Police Station.

The illegal substance was supposedly placed in five plastic bags. They tried to sell the contraband to an undercover buyer while waiting in a fast-food chain.

All three would face charges for violating the Comprehensive Dangerous Drugs Act of 2002.