Nepali women are being trafficked to China and sold as wives 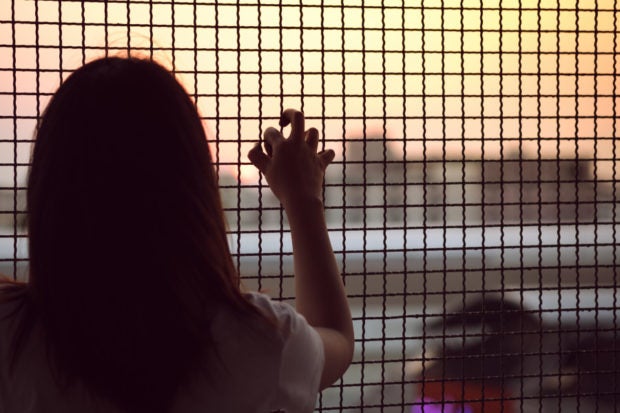 China’s now-repealed ‘one-child policy’ has led to a grossly skewed sex ratio. In 2015, the sex ratio at birth was 113.5 boys for every 100 girls. Shutterstock via The Kathmandu Post

KATHMANDU — Sunita Tamang said her mother was worried about her marriage prospects.

With a small income from farming, there wasn’t much room for the 22-year-old from Lamjung to consider marriage. That’s when she met Bharat Tamang, from the same town, who told her all about China: lucrative jobs, great facilities, and a red passport that she too could get if she married a Chinese citizen.

“I wasn’t convinced at first but he was persistent and I started to think that it could be beneficial, not only for me but also for my mother,” Sunita told the Post, recalling the conversation with Bharat, who would arrange her marriage with a Chinese man she had never even met. “I didn’t have any proper work to do here, so I agreed.”

Bharat took Sunita to meet a woman, who convinced her that this was a good opportunity for her. The woman then brought her to Kathmandu, where they stayed at the Tokha home of a family. Sunita was introduced to Rina Tamang, who spoke fluent Mandarin. Over the next ten days in Tokha, Rina showed Sunita photos of her potential groom on social media.

“She arranged a meeting with the man, who had come from China to get married,” said Sunita. “The three of us met at BG Mall in Gongabu and after some conversation with him, Rina told me to arrange all the required documents for marriage.”

Sunita never really spoke to the man, Qin Liyang of Hubei, but she agreed to marry him, based on the stories that everyone else had told her. After all the necessary documents were ready, she was given a ticket for August 28 and told to board the 4pm flight to Guangzhou en route to Wuhan in Hubei province. But at the last moment, Sunita got cold feet.

“I was afraid to go to a foreign country with someone I didn’t even know,” she told the Post. She turned her phone off, never boarded the flight, and returned home in Lamjung.

Sunita narrowly escaped becoming a victim of human traffickers’ latest method in Nepal, trafficking Nepali women, mostly from rural areas, to China by luring them into marrying Chinese men. When the women get to China, they are then sold to other Chinese men in a practice known as “bride buying”, according to the Anti Human Trafficking Bureau of Nepal Police.

On August 31, Nepal Police arrested 10 people from Tribhuvan International Airport on suspicion of trafficking. Among those arrested were Bharat Tamang, Rina Tamang, Amrita Gurung and Parbati Gurung—all involved in convincing Sunita to marry a Chinese man—in addition to four Chinese nationals and two Nepali women they were taking along as their wives.

“Our investigations led to the rescue of five women—two from Lamjung and one each from Sunsari, Chitwan and Kaski,” said DSP Sudheer Raj Shahi of the Anti Human Trafficking Bureau.

This was the first instance of “bride buying” since 2015, when police had rescued six women from similar situations—five were being sent to South Korea and one to China. This time, all women were headed to Hubei, a small land-locked province in central China.

“At her home in Tokha, Parbati would give girls training on becoming a perfect bride to Chinese men while Rina worked as a middle-woman since she spoke both Nepali and Mandarin,” said Shahi.

Chinese men pay around Rs 1.5 million to marry Nepali women, according to Senior Superintendent of Police Ishwar Babu Karki of the Anti-Trafficking Bureau. They also provide lavish gifts worth up to Rs 60,000 to potential brides, he said. This helps to convince the girls and their families that they will have a better life in China.

“Agents are able to convince families that their daughters will have a luxurious life in China. I was surprised to learn that one family had already sent their younger daughter and was in the process of sending their older daughter too,” said Karki.

China’s now-repealed ‘one-child policy’ has led to a grossly-skewed sex ratio, with more men than women. In 2015, the sex ratio at birth was 113.5 boys for every 100 girls. This gender gap has made it difficult for many Chinese men to find wives and has fuelled demand for women trafficked from abroad. Once the women reach mainland China, they are resold to other men looking for wives.

“In the past, the majority of women used to be trafficked into China from Cambodia and Vietnam but they have now tightened regulations. So now traffickers are targeting countries like Nepal, Pakistan and India,” said Karki.

Nepal’s Human Trafficking and Transportation Act 2007 does not limit trafficking to taking “a person out of the country for the purposes of buying and selling”; trafficking is also defined as “taking anyone from his/her home, place of residence or from a person by any means such as enticement, inducement, misinformation, forgery, tricks, coercion, abduction, hostage, allurement, influence, threat, abuse of power and by means of inducement, fear, threat or coercion to the guardian or custodian and keeping him/her in one’s custody or taking to any place within Nepal or abroad or handing him/her over to somebody else for the purpose of prostitution and exploitation.”

According to Anjana Shakya, chairperson of the Alliance Against Trafficking of Women and Children, if a person is taken abroad for one purpose and ‘used’ for another, that too may be defined as trafficking.

“Although Chinese nationals take Nepali women by following all legal processes, these women are at high risk of being used as sex slaves or unpaid labourers,” said Shakya.

According to a Human Rights Watch report on bride buying, “women and girls are typically locked in a room and raped repeatedly, with the goal of getting them pregnant quickly so they can provide a baby for the family. After giving birth, some are allowed to escape—but forced to leave their children behind.”

But because these Chinese traffickers are legally married to the Nepali women, it is difficult to establish a case for trafficking, said police.

“Their intention is wrong but they have all the required documents,” said Shahi. “However, we are still verifying the documents. We will submit our investigation report to the court and the court will decide whether to punish them or not.”

According to the Anti-Trafficking Bureau, those arrested admitted to having sent six women to China. Investigations are ongoing to ascertain just how many women have been trafficked similarly.