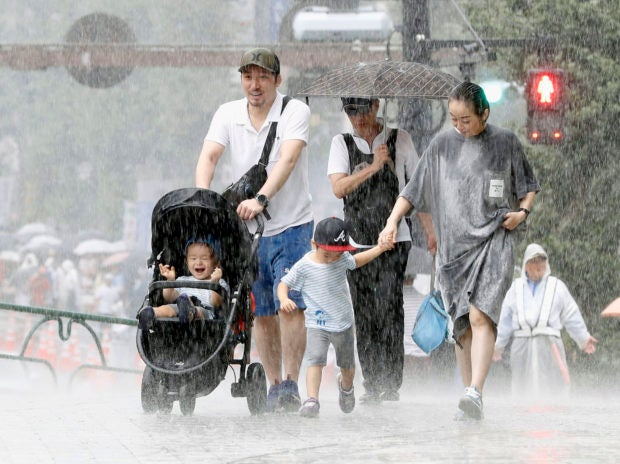 In this Sept.8, 2019, photo, people walk through heavy rain caused by typhoon in Tokyo. (Kyodo News via AP)

Several railway and subway operators suspended services and flights were canceled at Tokyo airports as Typhoon Faxai passed over Chiba, a northern suburb of the Japanese capital, before daybreak, shaking homes with strong winds and battering the area with torrents of rain.

The storm disrupted morning commutes and knocked over scaffolding, causing damage in a widespread area but no reported deaths.

The Japan Meteorological Agency said the typhoon reached the Pacific by late morning exiting Japan northeast of Tokyo with winds still blowing at 40 meters per second (89 mph) with gusts up to 55 mps (123 mph).

Kyodo News Agency cited local authorities as saying at least 30 people had been hurt in Chiba, Kanagawa and Shizuoka prefectures and some 920,000 households lost power.

The usually congested trains and major stations were even more crowded than usual once services resumed, with trains stopping temporarily and running erratically.

“I can’t go to work now, and I also had to contact my customers,” said Tsubasa Kikuchi, a 23 year-old real estate worker, who had been waiting at Shimbashi station for more than two hours. “This is troublesome.”

The weather agency warned of mudslides and flooding after the heavy rain. 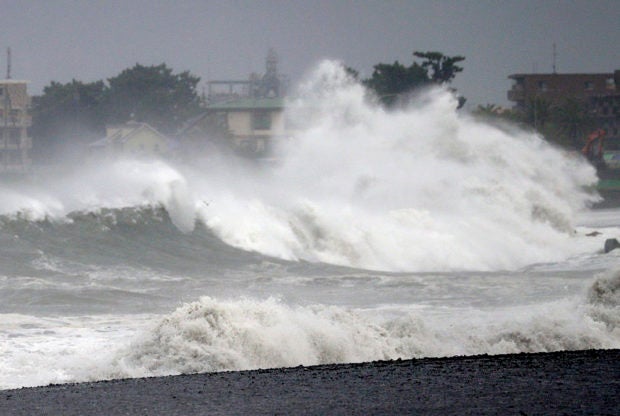 Kyodo reported more than 440 millimeters (17.3 inches) of rain had fallen in the city of Izu in Shizuoka prefecture in the past 24 hours. /gsg