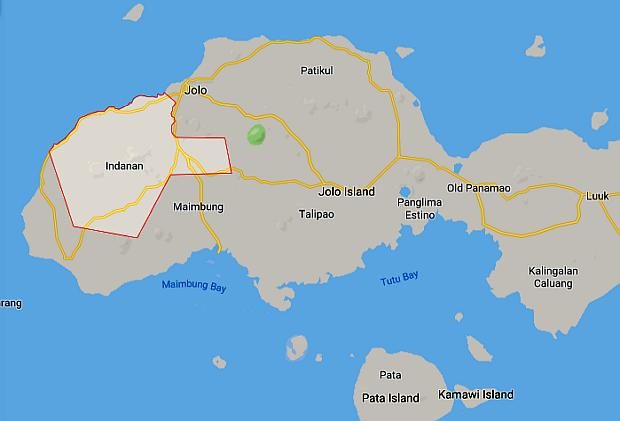 A suspected suicide bomber was killed after attacking an Army detachment in Sulu on Sunday.

The bomber, who was reportedly female and donned an abaya, died after detonating an explosive as she tried to force her way in the detachment but was stopped by security forces.

Sobejana said the bomber was foreign-looking with long hair, but the dismembered hand appeared to be that of a man.

[The guard reported that she was in a black abaya and was trying to enter the detachment. They shouted at her, seeing that she was an unusually large belly.]

[They shouted at her not to enter. Then she took cover. But then the troops also occupied fighting positions and then there was suddenly an explosion.]

As of this writing, members of the Scene of the Crime Operation are probing the blast area.

“We call on everyone in Sulu to remain vigilant and to report suspicious items and personalities to authorities,” Encinas said.

This is the fourth suicide bombing attack in the country, which, in all, involved six bombers.