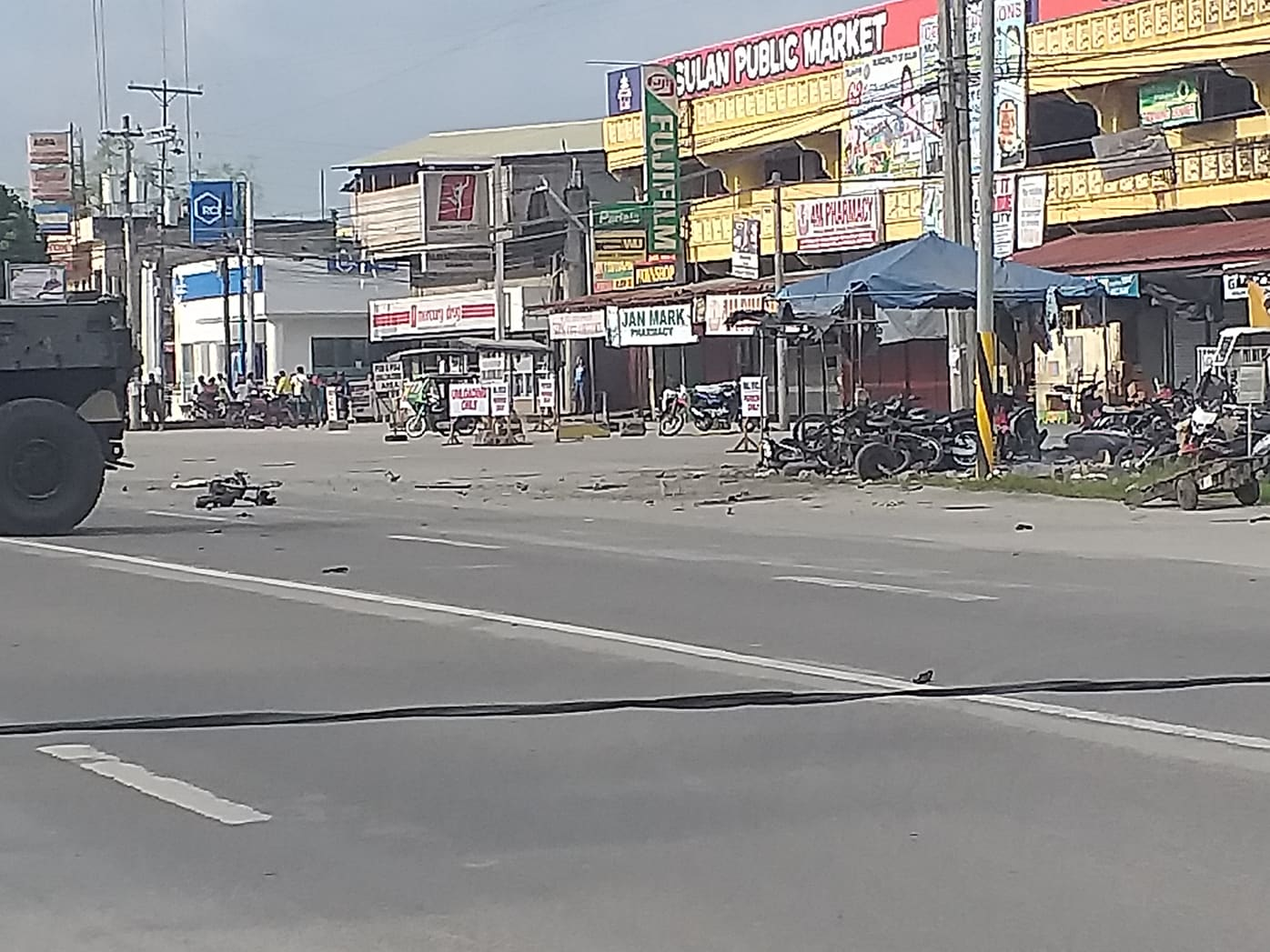 Lt. Colonel Joven Bagaybay, Isulan police director (not Lt. Colonel Junie Buenacosa as earlier reported), said the improvised explosive device (IED) was placed in front of a row of motorcycles for hire. The IED went off at around 7 a.m. police said.

“Prior to the bombing, text messages have been circulating about an impending bomb attack,” Bagaybay said in a radio interview.

“Possible motive is extortion but we are not discounting possible involvement of extremists. We are still investigating,” he added.

Bagaybay however ruled out the possibility that the terrorist Abu Sayyaf is behind the blast.

According to Bagaygay, he received information about a bombing being planned in Isulan after assuming the post of police chief last May.

Bagaygay said they are looking into the angle that a terror group involved in alleged extortion was behind the blast.

An Army intelligence officer said the IED has the signature of a Moro extremist group that also exploded similar bombs here in the past.

The intelligence officer added that based on CCTV (closed circuit television security camera) footage of various business establishments in front and beside the public market, the IED was believed to have been left by unidentified suspect the night before or early Saturday morning.

In April this year, another IED went off in front of a chicken barbecue stall, also in the same stretch of the national highway, leaving 18 persons injured.

Read Next
Hontiveros to Duterte: Get a dictionary and look up what ‘upright’ means
EDITORS' PICK
House energy committee chair Arroyo bats for cheap electricity
Guarding Sara: Why next VP is getting own security team
Beyond the Chocolate Hills: A farm-to-table, heritage culinary adventure of Bohol
WHO says monkeypox is not yet a health emergency
Metro Manila logged most number of new COVID-19 cases — OCTA Research
A massive highway complex makes living in the South highly attractive
MOST READ
Leon Barretto steps up for sisters, asks dad Dennis Padilla: ‘Please stop resorting to public shaming’
Bea Alonzo, under lie detector test, says she wants prenup agreement with future husband
LOOK: Rita Daniela pregnant with first child
Marjorie Barretto to speak up on Dennis Padilla, kids’ relationship ‘in time’
Don't miss out on the latest news and information.