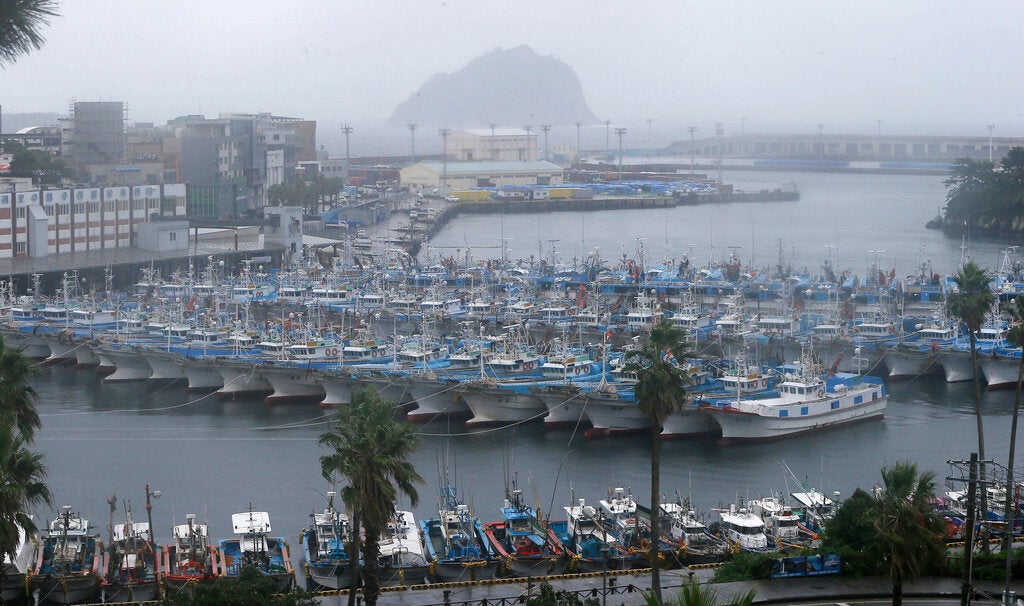 Storms have also toppled trees and streetlamps and damaged traffic signs in Jeju, caused airports to cancel 89 flights and forced 38 people to evacuate from their flooded homes in a city near capital Seoul.

There were no immediate reports of injuries.

The typhoon is expected to affect a broader part of the country as it passes off South Korea’s west coast later on Saturday before making landfall in North Korea in the evening.