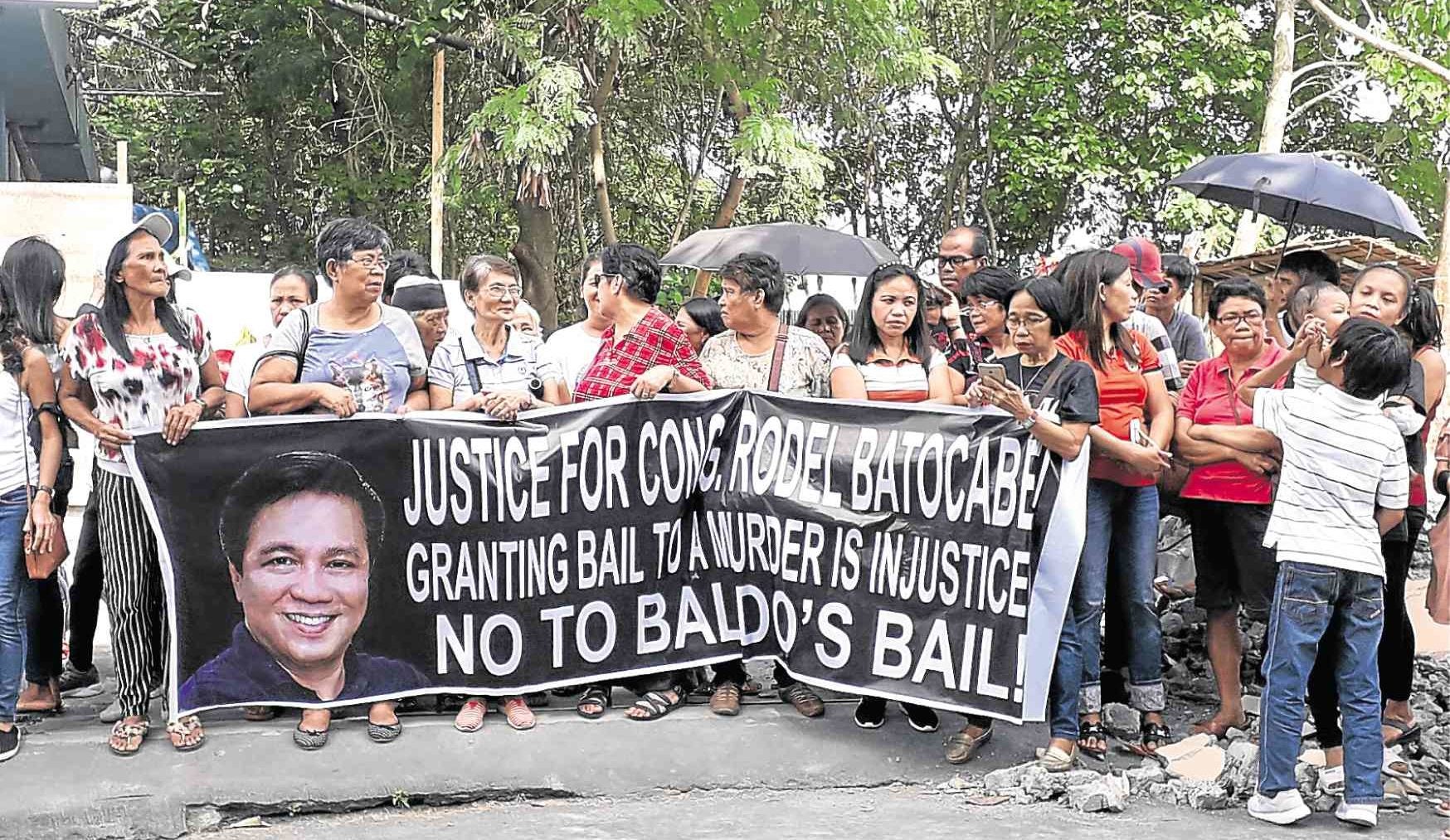 LEGAZPI CITY—Close to a thousand supporters of slain Ako Bicol Rep. Rodel Batocabe on Friday staged a prayer rally protesting the decision of the Regional Trial Court (RTC) here to allow former Mayor Carlwyn Baldo of Daraga town, the suspected mastermind in the assassination in December 2018, to post bail.

The rally started in front of the St. Raphael the Archangel Parish in this city’s business district where Batocabe’s supporters walked two kilometers to the Hall of Justice at Barangay Rawis to denounce the court decision.

The protesters carried placards and tarpaulins with these messages: “Justice for Cong. Rodel Batocabe! Granting bail to murder is injustice. No to Baldo’s bail!”

“Let us fight to stop another grave injustice. Albayanos will unite to protest against the granting of bail,” the protesters chanted.

They called on Judge Maria Theresa San Juan Loquillano, the presiding judge of RTC Branch 10 from which the decision originated, to cancel the bail petition granted to Baldo.

The former mayor is facing double murder and six attempted murder complaints for the death of Batocabe and his security aide, Police Master Sergeant Orlando Diaz, on Dec. 22 in Daraga. 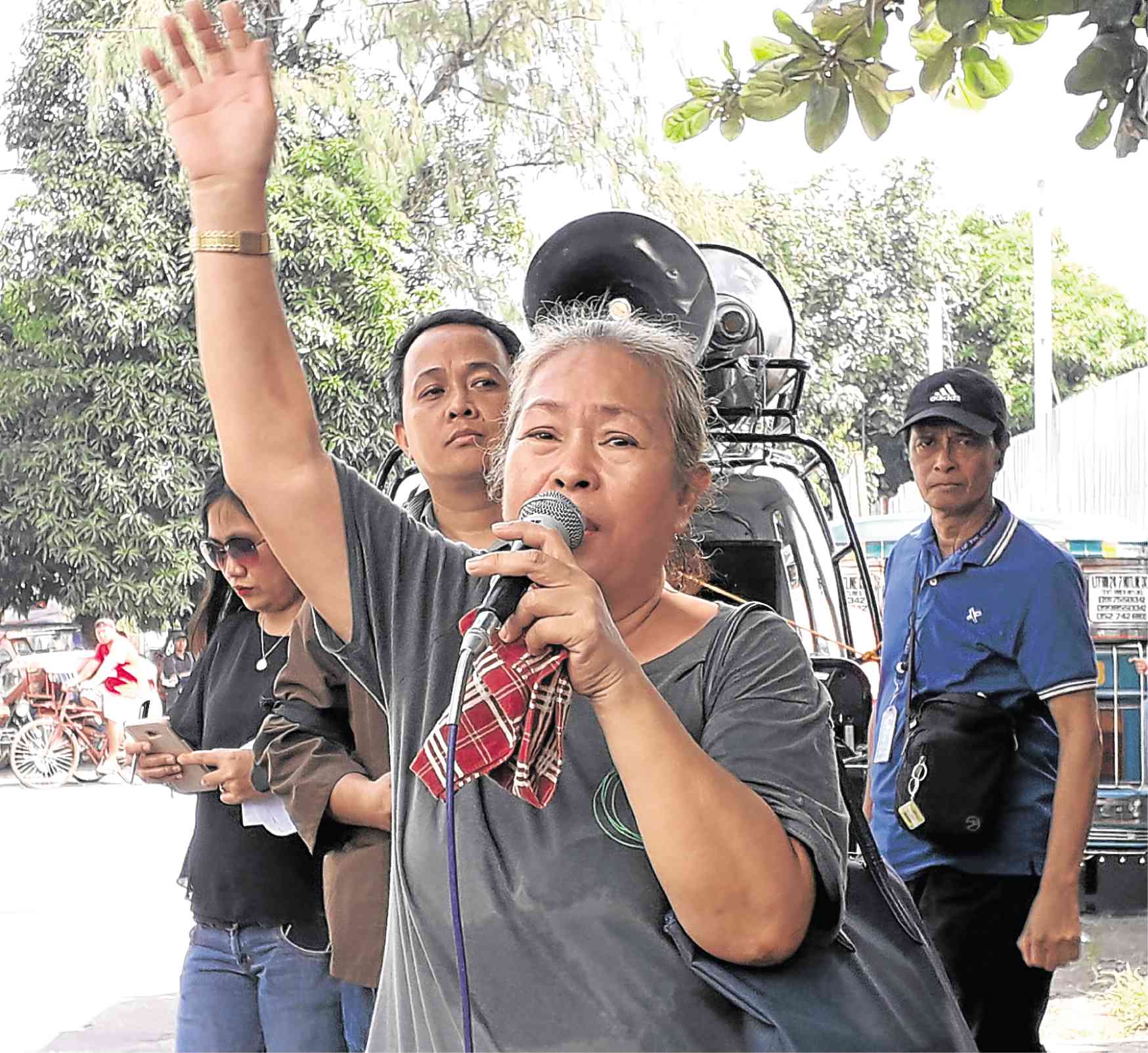 Batocabe was supposed to run against Baldo, who was seeking reelection, in the May 10 elections.

Loquillano approved on Aug. 27 Baldo’s petition for bail after she found that the evidence against him was “not enough to convince the court to deny his motion to bail.”

Clarifying that her ruling pertained only to Baldo’s petition to post bail, Loquillano said, “This is but a preliminary matter and should not be considered by anyone as conclusive, or as a bar, that would prevent the court from making a final assessment of the evidence of the parties after a full-blown trial.”

She said the ruling was an “injustice since it has been established by police investigators that the crime committed by Baldo was indeed heinous, which means he does not deserve to be granted bail.”

Cesar Duran Jr., Gertie’s father, said he was hopeful the rally would change the mind of the judge. He also said the Duran family “still believes that [our] justice system is working.”

“As we remain vigilant, we also cry for justice,” he said.

Baldo’s family submitted to the court on Tuesday P8.72 million worth of surety bonds consisting of land titles in the name of the former Daraga mayor.

On Sept. 3, lawyers of Batocabe filed a motion for reconsideration of the court’s decision. —MAR S. ARGUELLES