Senate halts probe on convicts’ release due to ‘urgent’ matters 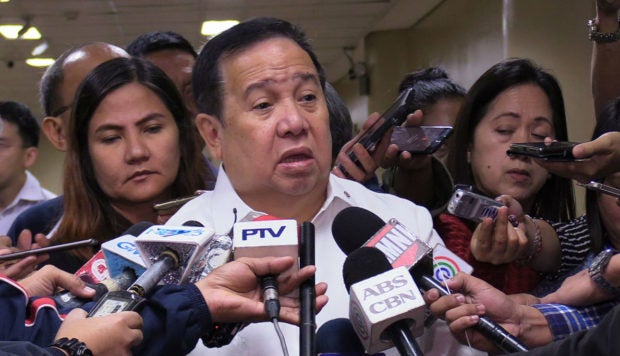 The hearing started at 10.a.m but two hours later it was ordered suspended. When it resumed past 4 p.m., committee chair Senator Richard Gordon announced that the proceeding would be suspended but would still proceed later.

“There are certain incidents  that we’re reviewing are of a highly urgent nature and I’d like to say that we’d have to apologize to all of you. Pending the resolution of those issues, we’re going to suspend the hearing now,” Gordon said.

During the break,  sacked Bureau of Corrections  chief Nicanor Faeldon arrived to attend the hearing.

Gordon earlier said that  Faeldon’s camp  had informed   the committee that  he would not be able to attend the hearing.

But Faeldon’s spokesman, Jose Diño Jr. said there was a mix-up on the schedule as the hearing was initially scheduled  at 3p.m, and not 10 a.m.

Gordon explained that  they adjusted  the schedule citing the “inability” of  one of the resource persons, Justice Secretary  Menardo Guevarra,  to  attend the afternoon hearing.

But  he said they made sure, however,  that everybody was informed. /jpv