Sacked Bureau of Corrections (BuCor) chief said this as reporters asked him how he was feeling nearly a day after President Rodrigo Duterte dismissed him from his post.

“Wala nang yoke sa balikat. You can soundly sleep,” he told reporters before facing the Senate investigation into the controversial law on the early release of convicts based on good conduct.

Earlier, Senator Richard Gordon said he was informed that Faeldon would not be attending the inquiry.

But according to Faeldon’s spokesman, Jose Diño Jr., there was mix-up on the schedule.

“Wala akong message…There was a mix-up on the schedule,” Faeldon’s counsel said. 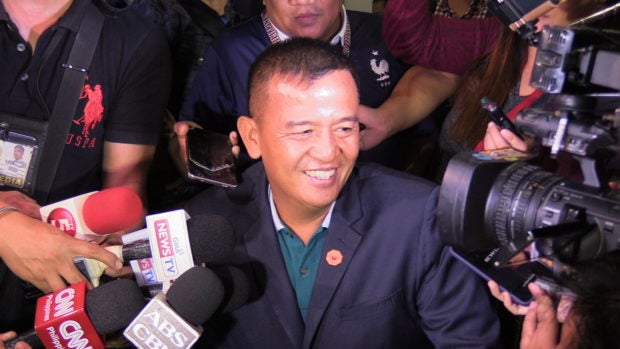 Diño explained that Gordon adjusted the supposed schedule of Thursday‘s hearing into the good conduct time allowance (GCTA) law as there was a BuCor budget hearing at the House at the same time.

“Sabi niya [Gordon] we will wait for you, but we will salang PhilHealth first. So, ang call time namin all along was three,” Diño added.

On Wednesday, President Rodrigo Duterte fired Faeldon in view of the controversy surrounding the release of heinous crime convicts based on GCTA law. /jpv