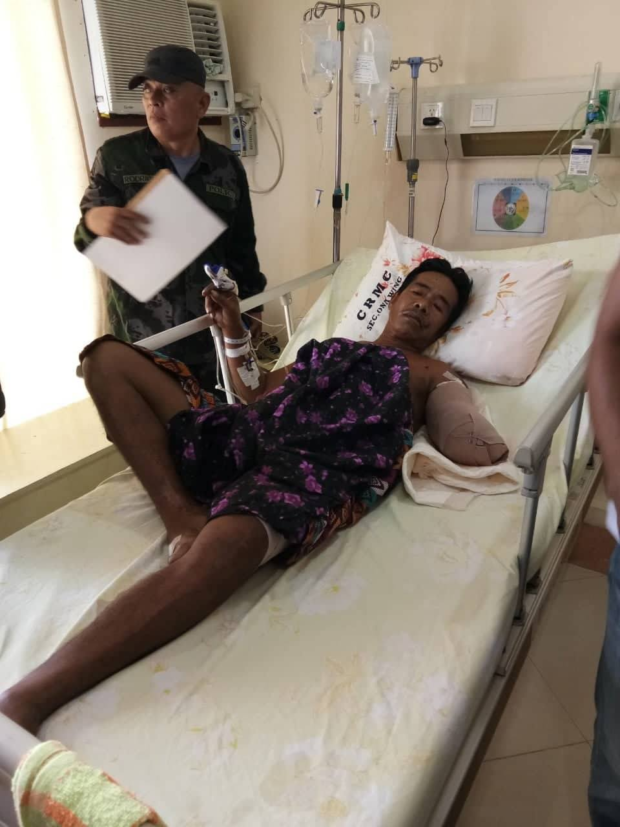 Director Juvenal Azurin of the Philippine Drug Enforcement Agency (PDEA) in the Bangsamoro said state security forces have been hunting Samad Masgal, a BIFF sub-leader operating in the Cotabato-Maguindanao border, for the past three years.

The manhunt ended at the Cotabato Regional Medical Center here where PDEA and police traced Masgal’s whereabout and served the warrant for his arrest.

He was seriously injured in a clash with armed men in Midsayap, Cotabato, and confined in the hospital for injuries in his left arm that led to it being amputated.

Azurin said PDEA and other security forces were tipped
about Masgal’s confinement in the hospital.

“It’s over for Masgal,” Azurin declared, adding that the elusive leader was known as one of the key suppliers of illegal drugs in Maguindanao and Cotabato provinces.

PDEA, backed by soldiers and police, tried but failed to arrest Masgal during a law enforcement operation in Nabalawag, Midsayap in August 2014.

Two soldiers and a police officer were killed in that operation, and the military was forced to launch air and ground assaults.

Masgal reportedly hid in a community in Bongo Island in Parang, Maguindanao. /lzb