Sotto: Senate to get report on ‘unknown number’ that texted Sanchez’s wife 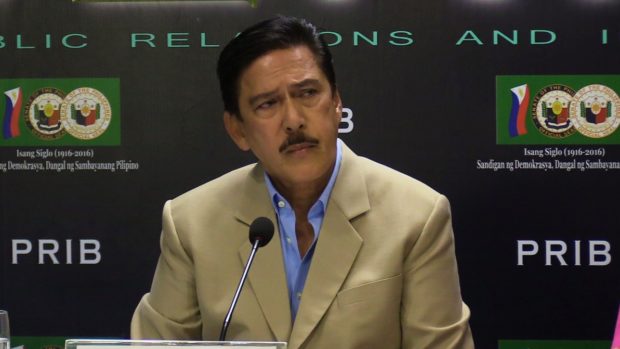 MANILA, Philippines — Senate President Vicente Sotto III said the Senate would soon receive a report on the unknown number that sent a text message to the wife of convicted rapist and murderer, former Calauan Mayor Antonio Sanchez, informing her about the early release of her husband.

Sotto said the Senate would receive the said report in time for the justice and human rights committee investigation into the implementation of Republic Act 10592 on the good conduct time allowance (GCTA).

“I was told by our source that we will be receiving a report before the hearing tomorrow, and my source is very reliable. Secretary lang naman ng DICT (Department of Information and Communications Technology),” Sotto told reporters at the Senate on Wednesday.

“If in case the number that is traced that sent the text or called the number of Mrs. Sanchez…, in the early hours of August 20, is a prepaid number, still we will be able to find out where it emanated from. Did it emanate from the Bilibid Prison, or outside? We will know dahil may cell site sila doon,” he added.

At Tuesday’s hearing, Sanchez’s wife, Elvira, told senators that she received a text message from an unknown number regarding her husband’s supposed release.

Sotto then asked Elvira to just provide the committee her number so that the unknown sender could be traced.

Asked whether the Senate would call in the owner of the said number, Sotto said: “Unless he or she is already part of the group of the resource persons. Yes, we might invite him or her, whoever that person is.”

Sotto noted that should the Senate identify who the owner of the number is, it would establish the fact that there was already indeed a release order for Sanchez.

Bureau of Corrections (BuCor) chief Nicanor Faeldon earlier said he only signed a memorandum of release for Sanchez but revoked it because he did not think the former mayor was qualified to be granted early freedom under the GCTA rule. /kga