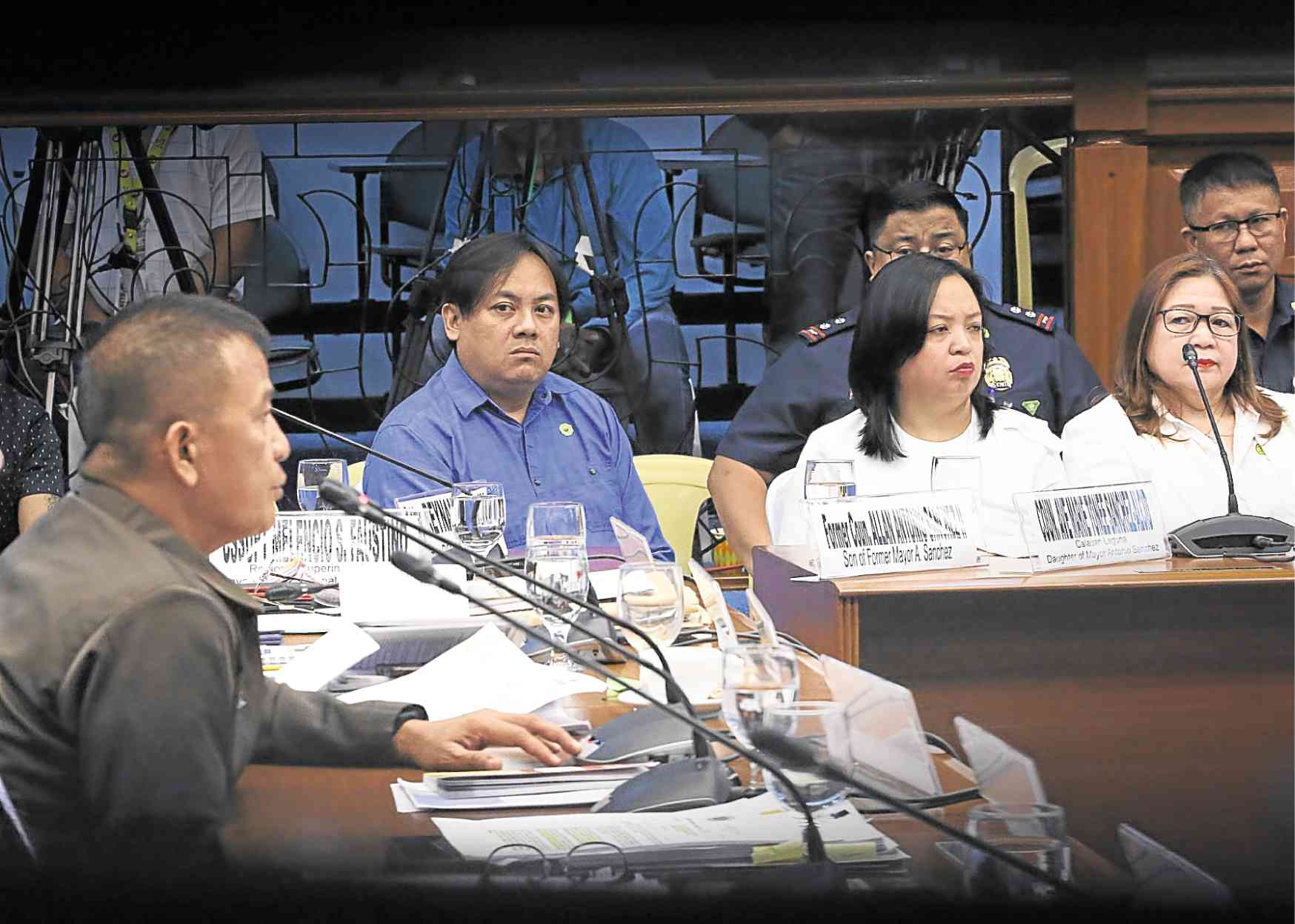 MANILA, Philippines — On the same day that Justice Secretary Menardo Guevarra confirmed to reporters that convicted rapist and murderer Antonio Sanchez may be released for good behavior, Bureau of Corrections (BuCor) chief Nicanor Faeldon signed and, according to him, shortly after recalled the memorandum of release for Sanchez because he did not think the former mayor of Calauan, Laguna province, was qualified.

On the following day, when news of Sanchez’s possible release hit the mainstream media, condemnation and outrage from various parties came swiftly.

It was also on this day that Faeldon met with the family of Sanchez who wanted to know if the former mayor would be freed.

Faeldon said he told them that if Sanchez was qualified for good conduct time allowance, he could be released in about two months.

Sanchez’s wife Elvira told the Senate justice and human rights committee on Tuesday that this was the first time she had met Faeldon, and narrated that she decided to see the BuCor chief after she had received a text message from an unknown number telling her about her husband’s impending release.

On the evening of Aug. 21, President Rpdrogp Duterte issued an order to direct Faeldon and Guevarra to stop Sanchez’s release, according to Sen. Christopher Lawrence “Bong” Go.

Go said he relayed the President’s message to Faeldon. Go also asked Undersecretary Jenny Ong of the Office of the Executive Secretary to deliver the President’s directive to Guevarra.

Guevarra said he must have received the call in his office on Aug. 22, as Aug. 21 was a holiday.

At the hearing on Tuesday, Faeldon insisted that he had always questioned whether Sanchez was qualified for sentence reduction on account of good behavior, but said the BuCor’s lawyers warned him that he could face charges if he would hold the release of qualified inmates.

This was why he signed the memorandum of release around 12 p.m. or 1 p.m. of Aug. 20, he said. But he recalled it around 1:30 p.m. as he continued to harbor doubts about Sanchez’s qualification.

Faeldon also said a call from broadcaster Deo Macalma seeking confirmation of Sanchez’s impending release prompted him to reconsider his decision to sign the memorandum.

“That’s why within that minute I ordered the recall,” he said, adding that he defied the warning of the legal officers of the BuCor.

“I don’t see any sense in that logic,” Lacson said.

If Faeldon did not believe in Sanchez’s qualification, he would not have signed the release memorandum, Lacson said. Or he could have just thrown away the document that he had signed, he added.

Lacson also said Faeldon could have told Go that he had already stopped Sanchez’s release when Go called him on Aug. 21 to relay the President’s directive.

But all Faeldon said was that he would comply with the President’s order not to free Sanchez.

It was really the President who stopped Sanchez’s release, Lacson said, adding that nobody should grab credit from the President.

Sen. Richard Gordon, the committee chair, also asked why Faeldon told Elvira that the former mayor could be released in two months when he recalled the memorandum for his release the day before.

It looked as if the BuCor chief was getting her hopes up, Gordon said.

Faeldon said Sanchez’s family was crying in his office, that’s why he told them that if the former mayor would qualify for good conduct credit, he would be home in about two months.

Gordon later told reporters that he believed Faeldon had really intended to release Sanchez, were it not for the President’s order.

“Obviously he is lying. He was lying [during Monday’s hearing] and he is lying today. There’s no other logical conclusion except that he is not telling the truth,” Gordon said.

During the hearing, Elvira also came under question when she insisted that the text message she got on Aug. 20 informing her that Sanchez could be released came from an unknown number.

When pressed by Senate Minority Leader Franklin Drilon to provide the number, she said she discarded her phone that same morning because of death threats.

She said that after the Senate opened an inquiry into the controversy, she received a lot of text messages including death threats.

“I removed my SIM card and threw my phone because of my anger,” Elvira said.

She doesn’t remember the number that sent her the text message, she added.

Malacañang said President Duterte would wait for the findings of the Senate inquiry before deciding what action to take on the controversy.

“He will be monitoring the conduct of the legislative investigation and give appropriate consideration to the findings of Congress,” presidential spokesperson Salvador Panelo said.

Albay Rep. Edcel Lagman said the President had no choice but to let Faeldon go.

“With all his blunders and infractions, there is no way but out,” Lagman said. —With reports from Marlon Ramos, Julie M. Aurelio and DJ Yap