MANILA, Philippines – Forty-eight motorcycle-riding policewomen have been deployed by the Philippine National Police – Highway Patrol Group  (PNP-HPG) to help ease vehicular traffic congestion in major thoroughfares in Metro Manila and other parts of the country. 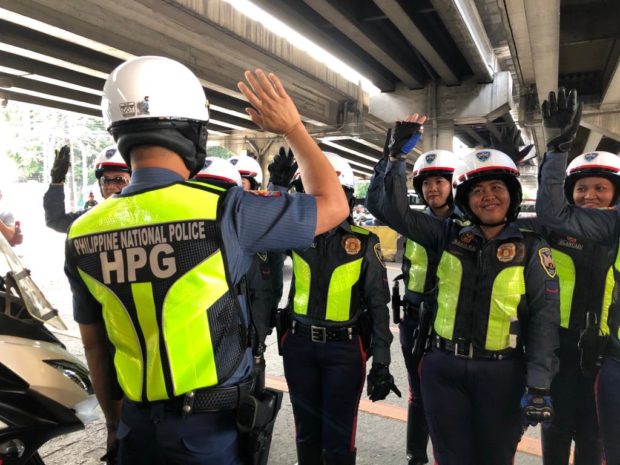 PNP-HPG chief Brig. Gen. Eliseo Cruz on Wednesday announced that more than 20 of the female officers, who were trained on traffic management and motorcycle safety, will help manage traffic flow along Epifanio delos Santos Avenue (EDSA).

“Lahat ng mga patrolmen at patrolwomen na naka-assign sa opisina ay pinalabas na natin kasi […] they are expected to patrol the highway, and our unit is called the Highway Patrol Group,” he added.

According to Cruz, the advantage of fielding policewomen is the reduction of heated arguments, due to the non-confrontational nature of women. 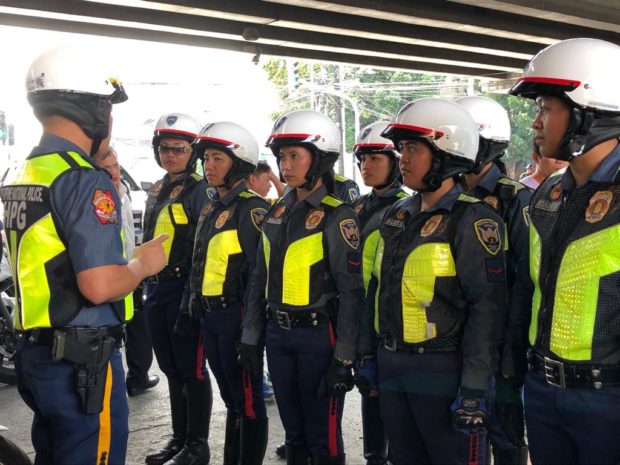 This was echoed by one of the group’s members, Pat. Judy Ann Maata, who claimed that there is a huge difference in motorists’ reception between male and female law enforcers.

Motorists, commuters and officials have said that vehicular traffic along Edsa and many other roads and highways in Metro Manila has worsened.

The Metropolitan Manila Development Authority (MMDA) earlier linked the volume of vehicles on the road to the traffic situation and admitted that there are no new policies to address traffic on Edsa.

This has forced government to compel town mayors into clearing the streets of obstructions within 60 days.

The Japan International Cooperation Agency (Jica) said in 2018 that some P3.5 billion in opportunities were lost per day because of the traffic congestion in Edsa.  As of now, various proposals have been pitched, but the MMDA is still studying the suggestions.

Cruz assures that the policewomen are well-equipped with motorcycle skills, like maneuvering through heavy traffic to respond to incidents.