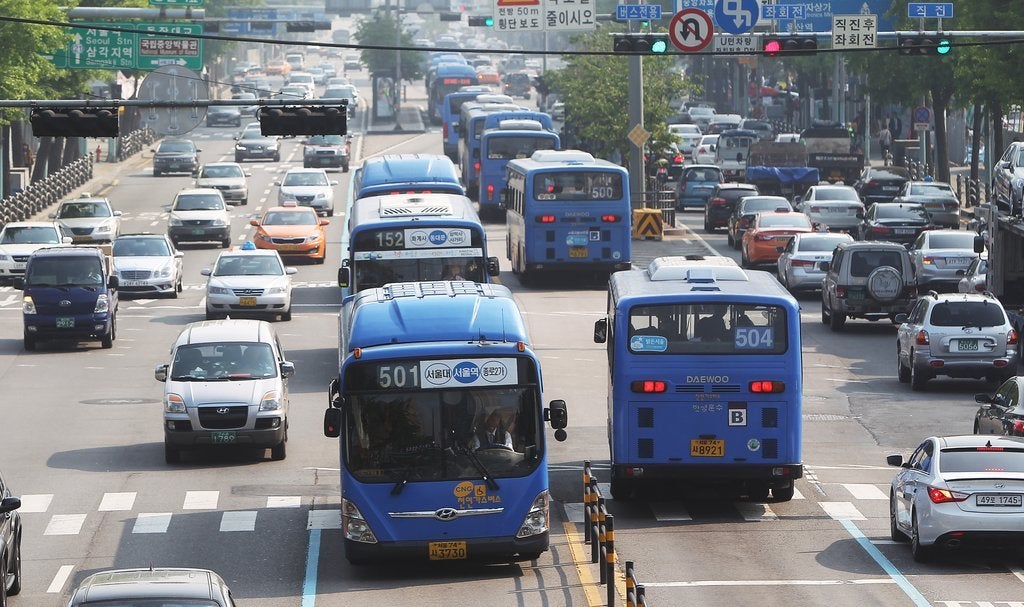 SEOUL — The metropolitan government said Tuesday it has installed air-purifying filters on 97 percent of public buses operating in the city.

The move comes amid growing concerns over fine dust air pollution, which is known to be a potential cause of respiratory diseases and cancer.

Following a test-run last year, the Seoul Metropolitan Government expanded the plan to around 7,200 buses.

The city government said the move has been effective in improving air quality, reducing up to 68 percent of fine dust particles in buses.